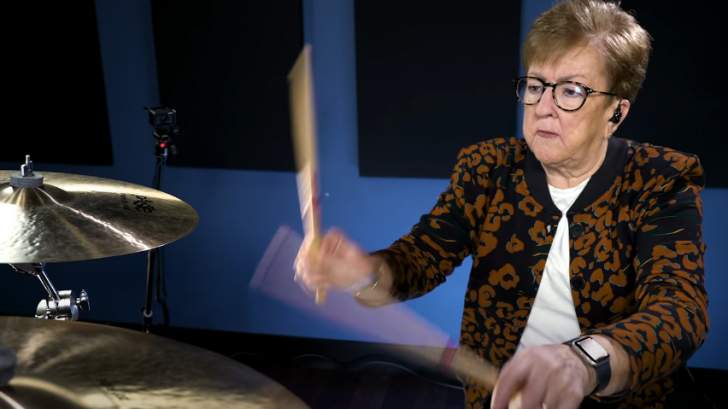 Dorothea Taylor, a clever septuagenarian, is an excellent drummer. She recently performed brilliantly on the song “What’s My Age Again” by Blink-182. Check out her performance below!

The world was introduced to 57-year-old Dorothea Taylor – now known as the “Godmother of Drums” – when Drumeo released a video of her covering the controversial song “Down With the Sickness.” The clip instantly went viral, partly because the song is meme-worthy on its own, but mostly because older drummers are almost unheard of in the hyper-masculine space of rock music. Dorothea’s cover from “What’s My Age Again” by Blink-182 is the latest in a series she’s making in collaboration with Drumeo.

According to various online sources, Dorothea began playing drums at the age of 13 and has since worked as a professional musician and instructor in many places.

However, Taylor largely kept drumming as a hobby and recently found a more welcoming online community. As anyone who learned a musical instrument as a child and eventually stopped playing knows, it can be too easy to convince yourself not to play it again. It can be too easy to feel like you were left behind for all those years your instrument collected dust. But Taylor is the perfect example of someone who never lets years without playing, and constant rejection from her musical partners, keep her from starting over.

Keep going for the awesome drum cover below: