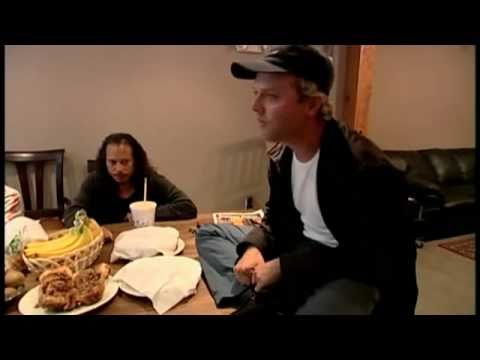 There was some actual tension between Lars Ulrich and James Hetfield while the band was working on their record St. Anger. In fact, the two band members got into a heated argument at one of their meetings, which was captured on camera.

You may see a clip of this memorable confrontation from the Metallica documentary Some Kind Of Monster, which was released in 2003. For context, it should be noted that James rejoined Metallica after completing rehab, and at this discussion, he discussed specific requests of his.

According to the video below, James wants to make sure he has downtime for himself and his family and isn’t completely overwhelmed by work. Lars, James, and Kirk Hammett are present, as well as a few other people, and they are talking about the time the band shows up to work on songs.

The awkward and difficult times in this meeting are caused by James and Lars just responding to one other’s insults and remarks. Watch the video below for a closer look at this encounter.