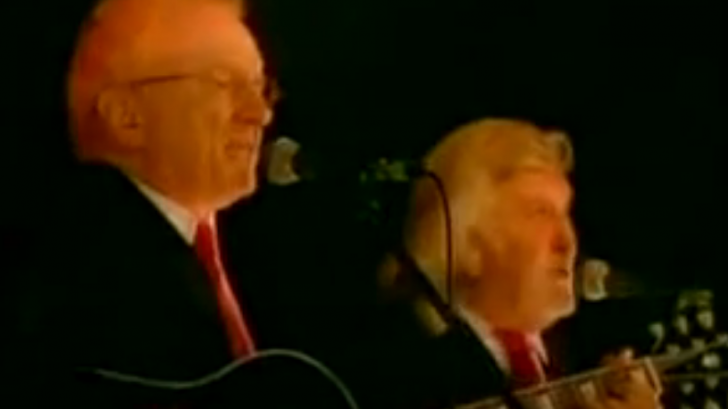 From the pop perspective of the Merseybeat, British duo Peter & Gordon harnessed their folk, R&B, blues, and rock’n’roll tastes into exquisite melodic pieces characterized by prominent use of vocal harmonies.

The fact that their best-known songs were written by Paul McCartney, masterfully executed, has obscured their own outstanding authorial and interpretive ability with distinguished themes of acoustic preeminence that, from their pop incidence, heralded the coming American landmark of folk-rock and sunshine pop.

In 1964 they began to play regularly at the Piccadilly Club, achieving the representation of manager Norman Newell, who was in charge of the production of their albums with the essential help in the arrangements of Geoff Love. At that time, Peter’s sister, the red-haired actress Jane Asher, was the girlfriend of Paul McCartney

Macca wrote the song “A World Without Love” for them, an excellent single (with “If I Were You”, the no less excellent song signed by Asher / Waller as b-side) that reached number 1 in the UK and the US. The United States, being the first English group to do so after the Beatles.

The duo’s last live performance together was in 2008 at The Cannery Casino in Las Vegas, Nevada – a year later, Gordon Waller died in the US town of Norwich, Connecticut, due to a cardiorespiratory arrest.