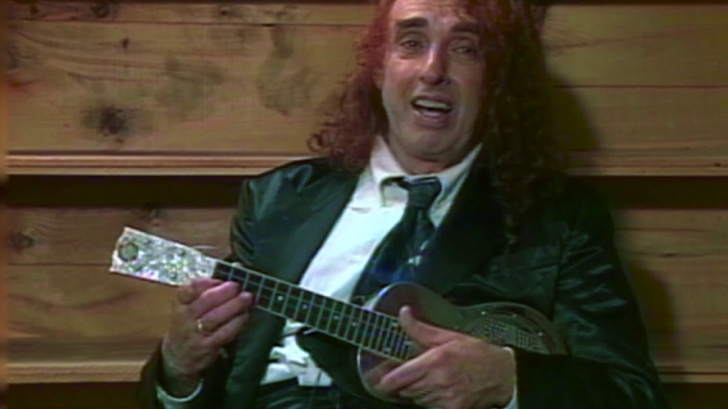 It’s Not For The Faint Of Heart

Tiny Tim was one of the most unique artist that the world has seen. Most of you would probably remember him when you hear his hit song  “Tip Toe Through the Tulips With Me.” He sang in this eearie high pitched voice that would sound very unusual for some but it was just a new way of artistry that people were just slowly appreciating. He performed as a singer and usually have his ukelele to accompany his music and live shows.

He got his big break when he was able to appear in the movie ‘You Are What You Eat’ back in 1968. That movie appearance was the key that catapulted him to tv shows and to novelty stardom. Unfortunately in a ukulele festival in Massachusetts in 1996, Tiny Tim suffered a heart attack. He was later released and was medically advised not to pursue his career anymore but he still continued. Eventually in an event in Minneapolis in the same year, Tiny Tim suffered a fatal heart attack and he died one hour after performing his song “Tip Toe Through the Tulips.”

Watch the heartbreaking moment he fell down on stage in 1996 below: