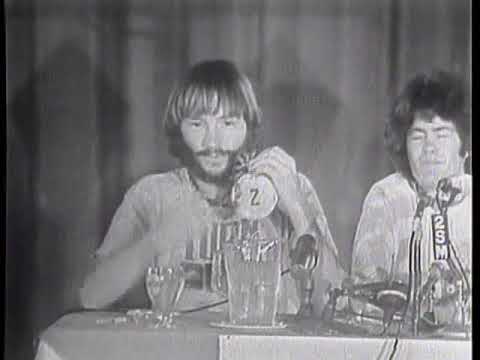 In 1966, the musical group “The Monkees” was formed in the city of Los Angeles, in the United States.

The Monkees as a band, however, remained intact. In the summer of 1968, Raybert began filming a feature film by Monkees, conceived by his friend Jack Nicholson, while he was traveling with LSD. Head was a psychedelic current of conscience against Hollywood—TV in particular. During the same year, they had a tour, called “Far East Tour,” when they arrived in Sydney to perform, a press con was set up for them at Miller’s Brighton Hotel. You can watch the rare interview below: