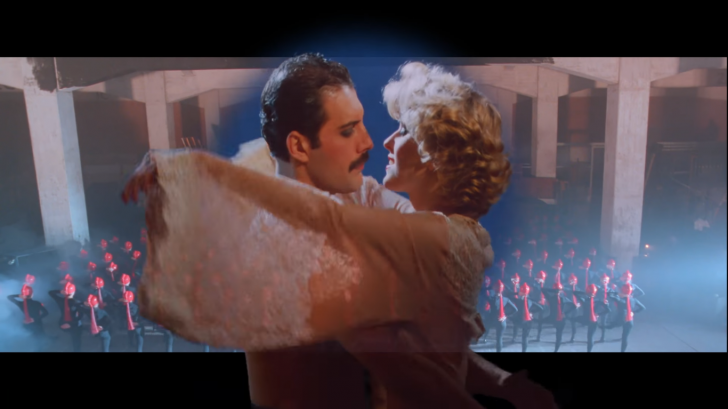 Originally released on Freddie Mercury’s debut solo album, Mr. Bad Guy. The remastered version of the song was made by Queen, featuring extra guitar solos, vocals, and added some lines from songs such of Mercury such as “It’s A Kind Of Magic” (Haha it’s magic!) and “Hammer to Fall” (Give it to Me!).

But what you’re about to watch below is the remastered version of the music video of Freddie Mercury’s original version in 4K!

Freddie Mercury was indeed a man of many talents and wrote songs that filled stadiums all over the globe – wrote his own history with his band, Queen.

He embarked on a solo career and gave him the same greatness he had with Queen, performing from the clubs of Munich and New York to the great opera houses known to the world.

Freddie Mercury was a man of many personas but kept his personal life very private from the public – he was surely larger than life.

All formats of Freddie Mercury: Messenger Of The Gods – The Singles were released on September 2nd, 2016. I Was Born To Love You was Freddie’s first single from his 1985 solo debut album, Mr. Bad Guy. The music video was shot at Limehouse Studios in London directed by David Mallet.