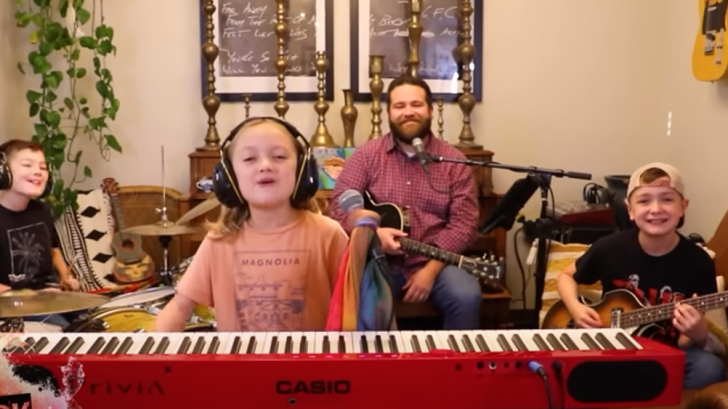 In these times of dread and uneasiness, their uplifting music was making many people grin across the globe.

Colt and Aubree Clark, together with their three children (Cash, 12, Beckett, 10, and Bellamy, 8), decided to spread some pleasure early in 2020. A little series of musical events that they initially hosted in their living room grew into something far greater.

Colt Clark, a guitarist by trade, was unemployed due to shelter-at-home orders during the COVID-19 health emergency. Additionally, it may have dealt a fatal blow. But the father of three discovered a unique method to capitalize on the circumstance by forming a family band.

Colt had more time to assist his children in discovering their own musical skills with the entire family at home.

“I wanted to show the progress that the kids are making and show them that we can still have fun during these weird, strange times,” he said.

After teaching his children songs, the father had them start singing them together. Aubree Clark, Colt’s wife, recorded their jam sessions while working as a professional photographer. In order for her relatives to enjoy the family band concerts, she started posting them online.

“The kids never got tired of it, which was just amazing to me,” Colt Clark said. “I would wake up in the morning and think of some songs and start playing and they would want to join in.”

But the Clark family was shocked to learn that many more than just their immediate family has seen the videos!

Colt and Aubree were unaware of what was taking place until the videos began receiving thousands of views.

Watch their recently uploaded video covering “Under Pressure” by Queen: