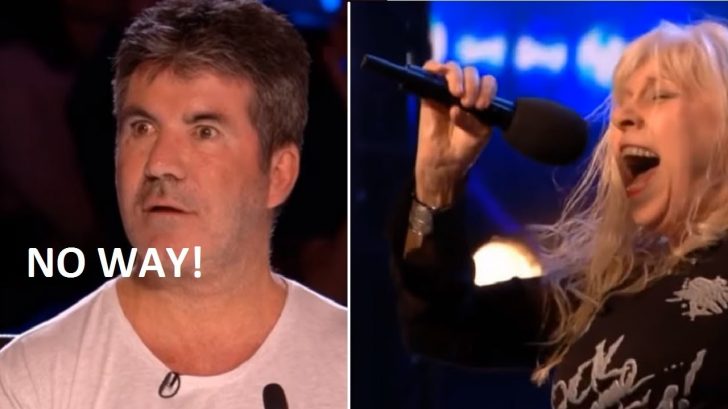 Get Lost Axl Rose! We Got Our New Vocalist Now!

The 68-year-old rocker Jenny Darren took the stage on Britain’s Got Talent by surprise and amazed everyone by her version of AC/DC’s “Highway To Hell.” – It’s safe to say that she crushed the hell out of the song! Watch the incredible video below.

Darren walked on stage dressed — how typically old women dress — and introduced herself in front of the judges. Before she started to showcase her incredible talent, the 68-year-old rocker ditches her glasses, including her hair clip and strips down in front of the audience. She took off her outer layer clothing and stood in with an entirely different outfit – a black “ROCK & ROLL” shirt, and a leather skirt with matching boots.

And after, Darren started to sing “bloody fantastic!” She mind-blowingly amazes everyone with her incredible performance of AC/DC’s “Highway To Hell.”

Digging her bio from her website, Darren started singing when she was 12 years of age and even grew up socializing with legends Robert Plant and Jimmy Page of Led Zeppelin as well as Electric Light Orchestra vocalist Jeff Lynne. In her 20s, she had the opportunity to open for AC/DC in 1977 and was able to record a version of “Heartbreaker” on the year after. The song was written specifically for her by Manchester writing duo Geoff Gill and Cliff Wade. “Heartbreaker” became a Pat Benatar huge hit when she recorded it one year later.

Jenny Darren recorded at least ten albums in her entire career and even worked with drummer Nicko McBrain before he joined the metal legends “Iron Maiden.” Darren gave up Rock N’ Roll and shifted her career into the world of jazz and classical music before returning to her beloved Rock N’ Roll roots in 2015.

Jenny Darren & The Lady Killers was her last album, a collection of covers, and it was released last 2017 which features two versions of “Heartbreaker.”