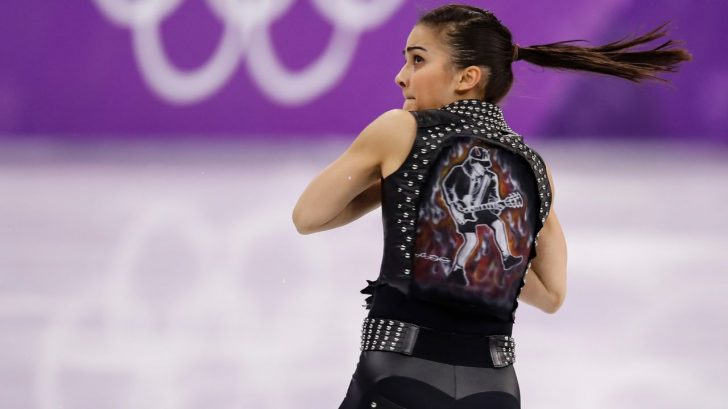 I Know Nothing About Figure Skating, But When You Hear AC/DC Playing On The Speakers. Well, You Just Know Something Epic Is Going To Happen!

If you somehow been following the Olympics lately, someone might have caught your attention. Ivett Toth, the Hungarian ice skater surprised every rock fans that happened to be watching the 2018 Olympics, with a music AC/DC medley of “Back in Black” and “Thunderstruck.” She even wore a costume with Angus Young patched at the back.

Toth’s AC/DC routine led to place the French team second on the scorecards. She kicked it off skating to “Back in Black,” while an NBC announcer remarked, “I think there are some AC/DC fans in South Korea.”

After doing some impressive tricks, “Thunderstruck” played next. She even flashed the horns near the end! Quite saddening, the rock n’ roll ice princess only got a 53.22, and it let some fans kind of disappointed. Though it was her personal best score of the season, it wasn’t enough to put her in the spot of medal contention.

We might know a thing or two about figure skating, but we know a bummer when we see or hear one.  Commentator Johny Weir was kind of an ass when he started complaining about that he didn’t understand any of the lyrics. Commentator/Olympic gold medalist Tara Lipinski also wasn’t very pleased about the song choice either. (It seems these two doesn’t have any bit of knowledge with real music.)

But that being said, you can check Ivett Toth performs a routine to an AC/DC medley at the 2018 Winter Olympics in the video below.