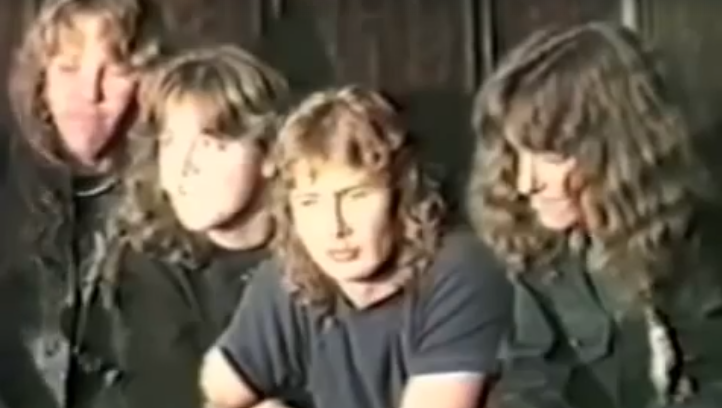 Back to the start

A very young Metallica with original founding members Dave Mustaine and the late Cliff Burton is seen here in this 1983 interview, introducing themselves. Of course today, they are icons who are not in need of any self-introduction anymore, but in the video, it is revealed that the band has only been together for 2 years. The interviewer asked the guys how long has the band been together as ‘Metallica’ to which lead singer James Hetfield snarkily answered “uhhh since we started”.  Lars Ulrich was to the rescue, telling the interviewer the real answer, that they’ve been together since October 1981. They also shared their musical influences which included ZZ Top and Motorhead.

Footage of Cliff Burton’s second gig with the band in San Francisco circa 1983 is shown after the short interview. Burton surely was one young talented bass player even when the band was only starting. He was gone far too soon.

Check out Metallica playing “Whiplash” below:

Posted by I love Heavy Metal Radio on Thursday, September 14, 2017