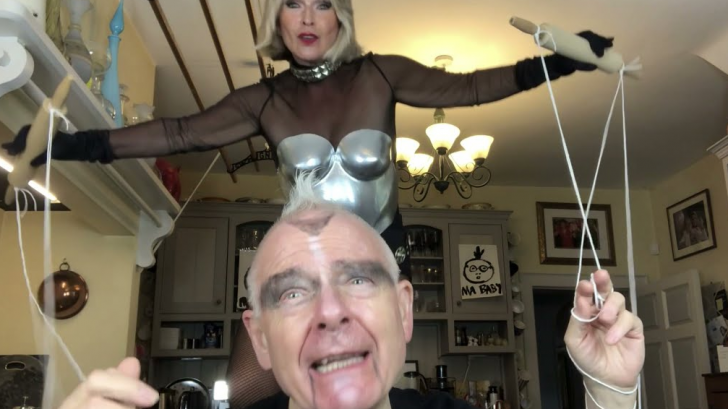 Toyah Willcox and Robert Fripp did another fun recreation as part of their weekly video series, and this time the chosen one was “Master of Puppets,” recorded by Metallica on their 1986 album of the same name, one of the great landmarks of history of metal.

It seems that the couple has become fond of this type of video and recently they were making videos of covers of songs by groups of various styles such as Nirvana, Guns N ‘Roses, Sex Pistols, and Alice Cooper.

Furthermore, Willcox has been hired to star in Proud’s Cabaret All-Stars for a limited season in November and December on London’s Proud Embankment.

For the couple’s cover of “Master Of Puppets,” the 1986 title song for Metallica’s third studio album, Willcox returns to the kitchen table, but this time she takes on the role of a puppet master controlling her husband. by means of threads tied to rollers.

Keep going or the video below: