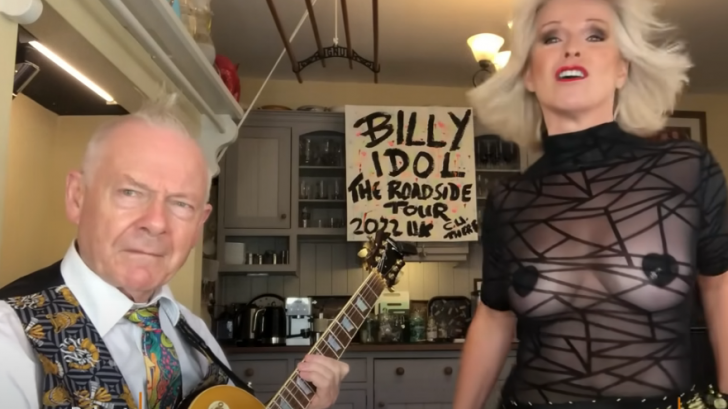 Lockdowns due to the pandemic affected many people in different ways is undeniable, but it also awakened their most creative side in many others. This is the case of guitarist and founder of King Crimson, Robert Fripp, who together with his wife, actress, and singer Toyah Willcox, have a YouTube channel called “Toyah & Robert’s Sunday Lunch”.

There you can see the eccentric couple performing different Acappella versions of rock classics such as “Killing In The Name” (Rage Against The Machine), “Venus in Furs” (The Velvet Underground), and “Devil Inside” (INXS), among others.

This time it was the turn of “Rebel Yell”, the 1983 Billy Idol classic, which they had performed before but decided to give it a second chance to celebrate the fact that Toyah will be joining the UK leg of Idol’s Roadside Tour.

For 2023, Willcox and Fripp already have the Sunday Lunch Tour planned, but before that, Robert will do a North American speaking tour.

Here we leave you the funny video of Robert Fripp and Toyah Willcox performing “Rebel Yell”. Do not miss this pearl and press play.