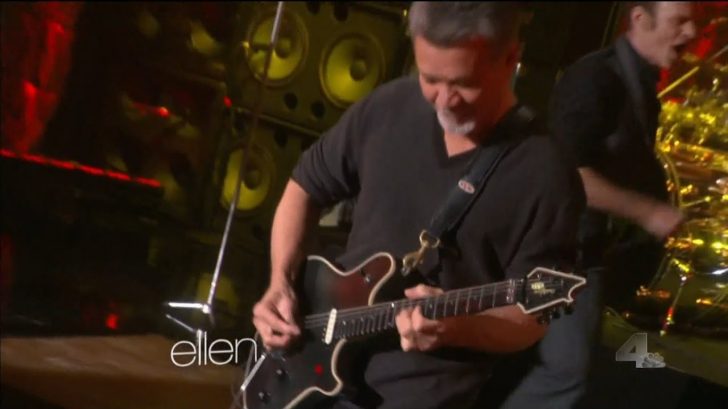 Van Halen made their way down the Television dial for a performance on The Ellen DeGeneres Show only days after they closed down Hollywood Boulevard (and put David Lee Roth’s nose in jeopardy) during a special performance on Jimmy Kimmel Live.

Van Halen performed on The Ellen DeGeneres Show (April 2, 2015) for the first time ever.

“We’ve never played American television before, and it was our idea that you couldn’t pick a possibly better audience than this, here!” David Lee Roth revealed. “This is our Ed Sullivan Show, this is James Brown and The Ed Sullivan Show. This is the Beatles. This is, for us, a really big show.”

Eddie Van Halen, Alex Van Halen, David Lee Roth, and Wolfgang Van Halen, who are all from Pasadena, California, sing their No. 1 song from the album 1984, Jump, live on The Ellen DeGeneres Show on April 2, 2015, to kick off their 2015 US Tour.

“It means so much to me that you all are here,” said Ellen DeGeneres. “That was insane.”