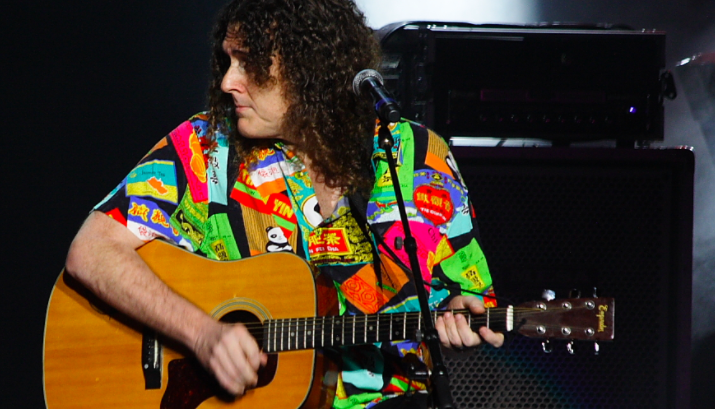 For the first time in “Weird Al” Yankovic’s long career, he picked up a guitar and not an accordion, for his performance.

During his love show at the Apollo Theater in New York on March 23, Yankovic played guitar in front of a live audience and conquered the solo part of Neil Young’s classic “Cinnamon Girl”.

He said of his performance,

Yankovic played the guitar solo note-for-note, though in jest since we all know that the guitar solo for “Cinnamon Girl” only contains one note all throughout. Surely enough, Yankovic shredded that D-note on the high E string and owned in for 10 full bars.

He further said that he and his band were “honored and humbled to be playing the famous Apollo Theater”. He paid tribute to the theater’s history, an essential place in the history of African-American music, by “playing a song by the great Mr. Neil Young.”