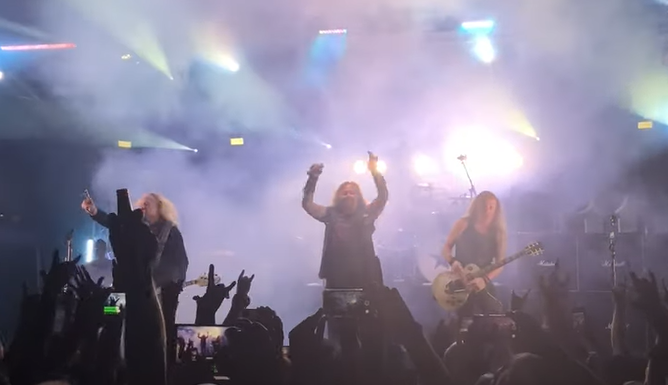 No doubt Vince Neil’s onstage performance in recent years has made him a target of criticism. The Mötley Crue vocalist has even become a meme on more than one occasion due to his poor vocal performances.

In late 2019, the band’s manager, Allen Kovac, hinted Vince Neil was working with a coach to get in shape for the band’s upcoming dates. However, any hope for fans was shattered by the singer’s most recent records.

Although the tour with Def Leppard, Poison, and Joan Jett was postponed until 2022, Vince Neil made his return to the stage recently, with a solo concert at the Boone River Festival. However, the show was a disaster as well.

Lots of opinions emerged on social media saying that it was one of the worst shows of Vince Neil.

Phil Collen said Vince Neil has plenty of time to get his voice in shape before Def Leppard and Motley Crue launch their delayed Stadium Tour.

Vince Neil definitely has a year left to get his voice back before the Dep Leppard and Motley Crue headlining tour in 2022.

Watch the video below what they’re calling Vince Neil possible career-ending performance taken in the 2019 show at SideOut’s in Island Lake, Illinois: