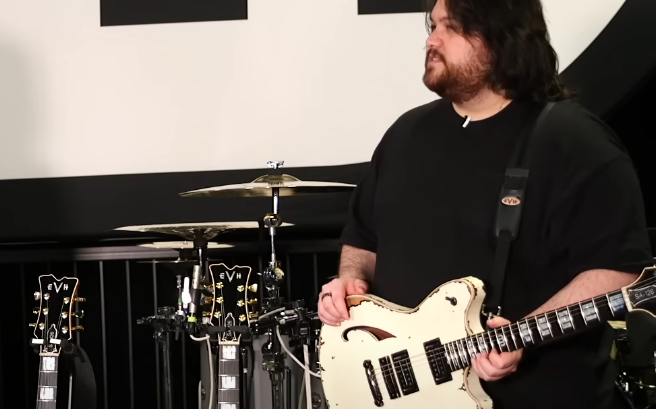 The overwhelming and surprising talent of Wolf, who, after the death of his father, focused on preparing the release of his first solo album composed entirely by himself, for which he sang all the songs, played and recorded all the instruments (guitar, bass, and drums) and produced it in the very studio where Van Halen and Eddie worked their musical magic.

Even though that record production is entirely Wolf’s authorship, it was baptized in an old-fashioned way with the name of a band “MammothWVH”. For those who don’t know, “Mammoth” is the first name of the group made up of the Van Halen brothers before using their last name as the final nominative, and that same name is nothing more than one of the several tributes that Wolf pays to his father. and Van Halen on his debut album, although to distinguish himself from those, Wolf included the initials of his own name (WVH) in his group.

But why does his group sound so good onstage? In the video below, Premier Guitar‘s Rig Rundown series were fortunate to see the equipment that the group uses during live shows. This video is just wonderful. Excellent behind-the-scenes visuals and audio.