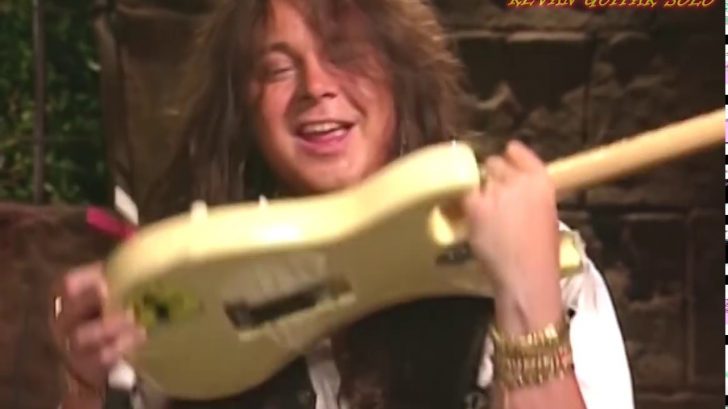 Considered a virtuoso of the guitar, he knew how to combine an exquisite technique with speed, to which he added a particular neoclassical way of understanding music. He grew up listening to Mozart and Bach, and when he was a teenager he formed his first band, which he called Powerhouse. Influenced by guitarists such as Jimi Hendrix, Ritchie Blackmore and Eddie Van Halen, at the age of fourteen he created the group Rising, a tribute to Rainbow and her LP Rainbow Rising.

The renowned Swedish guitarist is a member of the club known as “Shredders”, such as Joe Satriani, Steve Vai, or Eddie Van Halen, among others. The technique known as Shred, began to be performed from the 80s, and it is mainly about the execution of passages with a high level of complexity, technique and speed. We could call them the guitar jugglers.

Heavily influenced by Eddie Van Halen, Yngwie Malmsteen was devastated on on his passing.

In the video below, Malmsteen covered Eddie Van Halen’s Eruption with his teeth. Yngwie also performed and improvises guitar solos from Foxey Lady and Voodoo Child by Jimi Hendrix: