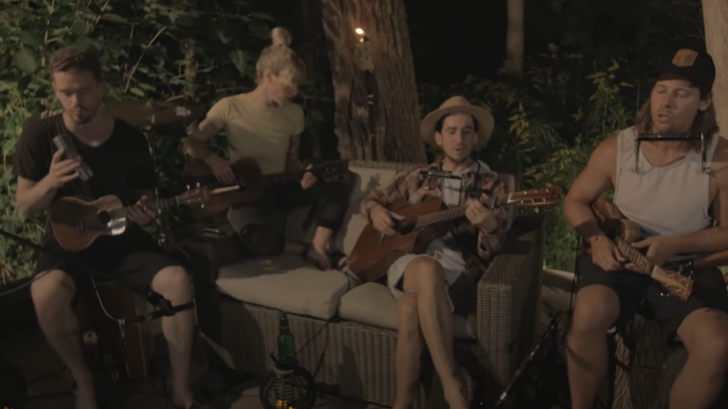 Many of us have uttered the phrase “you don’t know how it feels to be me” in an effort to get others to understand our struggles.

The confusion in the lyrics, which is common in Petty’s songwriting, may be the point: Since we don’t know what it’s like for him to feel, how can we know what the song is about? It’s not entirely autobiographical, at least not in the literal sense; Petty’s father was wary of his son’s musical career because he wasn’t born to rock.

And this cover of Walk off the Earth is something of a magical tribute. Nice work as always, for this group! Raw —pure, unadulterated talent!

Walk Off The Earth is a unique, multi-talented five-piece musical phenomenon that is presently sweeping the globe. Their fantastic 5-people-playing-one-guitar rendition of Gotye’s “Somebody That I Used To Know,” based in Burlington, Ontario (just outside of Toronto), previously erupted on YouTube, garnering well over 35 million views in less than 2 weeks.

Watch them below as they pay homage to one and only Tom Petty with their rendition of “You Don’t Know How It Feels”: