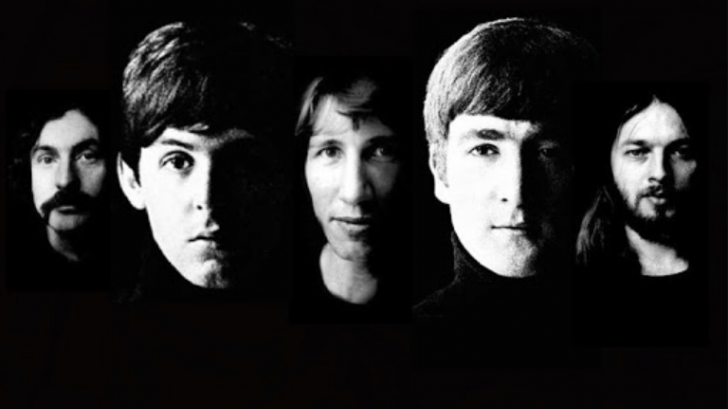 What would happen if The Beatles and Pink Floyd ever played on the same stage? Well, then – the entire universe would collide in such EPICNESS!

But did you know, that the two legendary acts of classic rock once met? It was in 1967, Pink Floyd and The Beatles met in the Abbey Road Studios control room. At the time, the Beatles were recording their 8th studio album, Sgt. Pepper’s Lonely Hearts Club Band in Studio Two, while Pink Floyd had just finished recording their debut album, The Piper at the Gates of Dawn just next door in Studio Three.

Nick Mason recalled meeting the Fab Four as so:

“We were ushered into Studio Two where the Fab Four were busy recording ‘Lovely Rita.’ The music sounded wonderful, and incredibly professional. We sat humbly and humbled, at the back of the control room while they worked on the mix, and after a suitable period of time had elapsed, we were ushered out again… They were God-like figures to us.”

What you’re about to watch below is a Pink Floyd and The Beatles mashup arranged by a Youtuber called alexiaco, and uploaded by REMAKE (Official Channel) on YouTube.