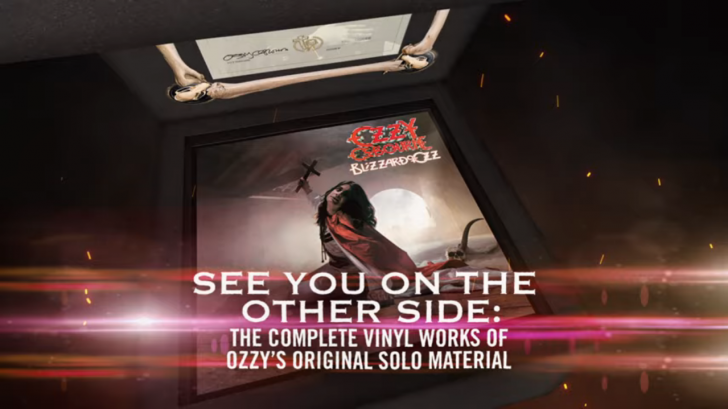 Ozzy recently released a video unboxing his upcoming solo box set collection called See You On The Other Side.

The full content has a 173-track and it’s a limited edition package that will be released on November 29 via Sony Legacy. The solo box set collection also has all 10 of Ozzy’s solo albums and includes the Mr. Crowley EP, the Tribute double live album, the Just Say Ozzy EP, Live & Loud and Live At Budokan, and there’s more to it as a collection of non-LP tracks such as the Flippin’ The B-Side will also be added.

“This one’s the most elaborate collection so far. It’s very well thought-out and well put together. It’s got everything in there that you possibly could want and some surprises along the way.”

“The sound of a vinyl record is different, and I do believe that vinyl sounds better.”

The collection will be released as a hand-pressed, multi-colored splatter vinyl, and the box set comes with 10 newly designed 24 x 36 posters, 12 augmented reality experiences signed by Ozzy.

Watch the full video below: