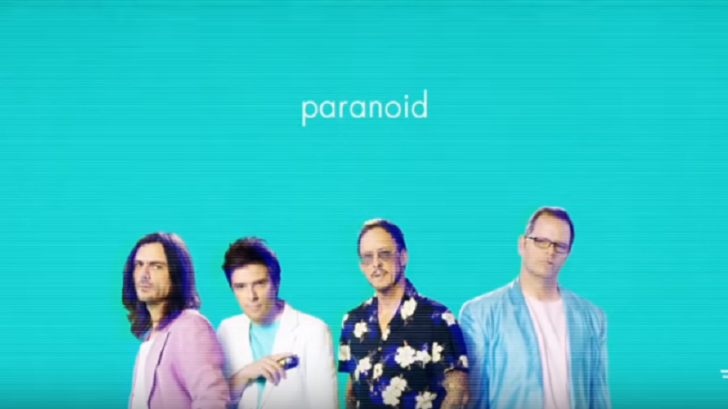 They Did It Again

We all know what happened last year when Weezer obliged to a fan request that they cover Toto’s 1982 classic hit “Africa.” They cracked the top 100 for the first time since 2009 and it took the top spot in Billboard’s Alternative Songs Chart and Rock Airplay Chart thus giving the band their first number-one single in a decade! It was a win-win situation for both Weezer and Toto because the track experienced a resurgence in popularity which therefore propelled both of the groups into the spotlight again.

And apparently, Weezer didn’t stop there. After their massive success in 2018, they decided to release an entire album of cover versions. While preparing to release The Black Album this March 1 which will contain original material, they gave a delightful surprise to fans by dropping The Teal Album.

The 10-track LP includes covers of Tears For Fears’ “Everybody Wants to Rule the World”, Michael Jackson’s “Billie Jean”, The Eurythmics’ “Sweet Dreams (Are Made Of This)”, Electric Light Orchestra’s “Mr. Blue Sky”, Black Sabbath’s “Paranoid”, and of course the rendition that started it all – Toto’s “Africa”.

“What can you say about ‘Africa’? Even apart from the Weezer version, that song is such a massive phenomenon. It’s literally the biggest song from the 20th century, in terms of how much people listen to it! The Beatles, Michael Jackson, they’re all dwarfed by Toto’s ‘Africa.'” – Rivers Cuomo

But while the song has reached new heights, not everyone was happy about it which is nothing new, to be honest. In the same interview with Rolling Stone, Cuomo added:

“I love the song, so I’m happy to play it. But you can definitely see this divide between the young people, who for whatever mysterious reason love that song, and the older Weezer fans, who are like, ‘OK, this is strange.’”

Still, this Teal Album proves that they definitely did something right.

For Spotify users, you can easily stream the songs and add to your playlist.