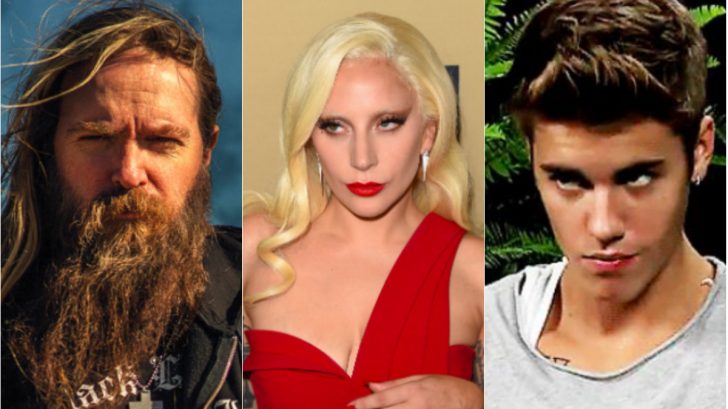 This is how he gets evil inspiration

Zakk Wylde, who is mostly known as the guitarist for Ozzy Osbourne, has an odd way of listening to songs, and revealed the even odder reason why.

The founder of the heavy metal band Black Label Society shared that listen to songs backwards, also known as backmasking, to get subliminal messages for evil inspiration.

“What I end up doing is, I take all the Lady Gaga and Justin Bieber records and put them on backwards and listen to all the Satanic messages and the riffs… Then I convert back to Catholicism and play the riffs normal – then there you go, we have a whole bunch of Black Label Society songs. I do it all for the art.”

There’s really no telling nor any confirmation whether the rock musician is joking or not. But Wylde is aware that he could face backlash with what he just said. He’s ready to face the fire, saying,

“The whole thing is, as far as naysayers, I’m surrounded by my wife, children and the fellas in the band. They all belittle me and deeply abuse me so I’m kind of accustomed to it and that’s the only thing actually I know… So, when someone says something un-nice about me I’m like, ‘Yeah? You should hear what my children have to say about me, and the fellas in the band.’ It doesn’t bother me whatsoever; to me, it’s just normal. I think if somebody said something nice, I’d kinda get a little upset!”

Wylde is not the only one who has been associated with the “practice” of backmasking. The accusations of such have existed particularly in rock music since the 60s and bands and songs who have been accused include, Led Zeppelin’s “Stairway to Heaven”, The Beatles’ “Revolution # 9”, and the Eagles’ “Hotel California”.

In 1990, Judas Priest even went to trial when they were sued for subliminal messages that reportedly caused a teenager’s tragic suicide.