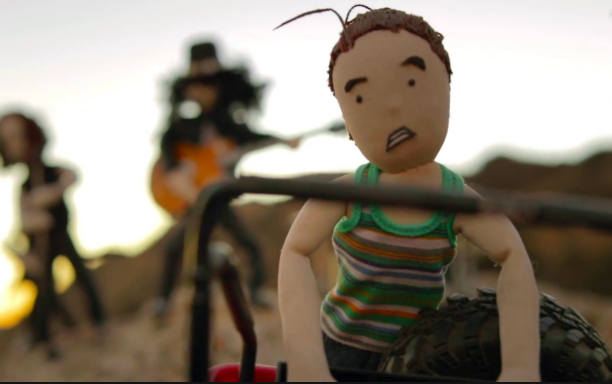 Slash and his new bandmates with Myles Kennedy and the Conspirators released a cool fun new video for their brand new single “Driving Rain.”

The single, which was recently released last July, comes from their album Living the Dream under Slash’s own record label Snakepit and in partnership with Roadrunner.

The music video features puppet counterparts of the band as they perform on a mountain. The stars of the music video are actually a rag doll couple. Slash and Myles Kennedy & the Conspirators partnered with Emmy-award winning artist collective Stoopid Buddy Stoodios in making this unique and funny music video. There’s an irony to its light imagery and darker lyrical theme.

Slash says of the music video,

“I wanted to create something that could be tongue-in-cheek and yet still be dark with live-action animation. We’re all big fans of Stoopid Buddy and they came up with a great concept and treatment. We love the video and it came out f****n’ brilliant. FYI, no puppets were harmed during the making of this video.”

“From this moment forward, ‘Driving Rain’ is now the Citizen Kane of music videos!”

The music video and its stars are adorable and fun to watch. So check it out below and see for yourself: