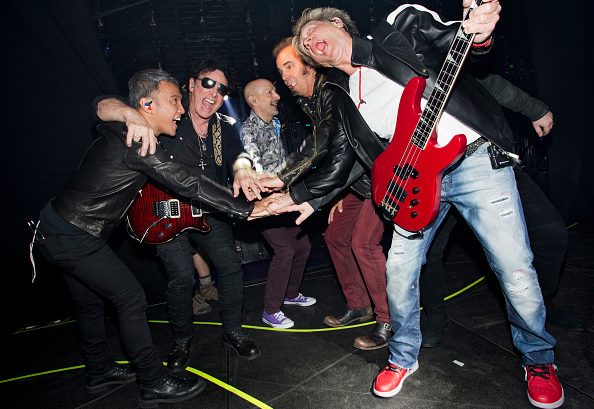 This Should Be Interesting

Back in 2012, “Don’t Stop Believin’: Everyman’s Journey” was released and it followed Journey during their Revelation Tour in the US and the homecoming of their new vocalist Arnel Pineda in Manila, Philippines. It wasn’t exactly a huge commercial hit but it received generally positive reviews. And just recently, it was announced that “Crazy Rich Asians” director Jon M. Chu wants to direct Pineda’s very own biopic.

This film will chronicle Pineda’s rise to fame as Journey’s lead singer. Warner Bros is currently negotiating license to Journey’s music to be used in the movie and also rights to the previously mentioned 2012 documentary.

In a statement to Deadline, Chu said:

“The success of ‘Crazy Rich Asians’ has blown my mind and set me on a path to champion more unique inspirational stories that represent new perspectives from all around the world.

This story in particular has been on my mind since I first read about it years ago… An unlikely hero, an undeniable talent, the power of music and a worldwide stage (literally) has all the ingredients I love about movies. Plus I have been a fan of Journey’s music since I can remember. I am excited to be bringing the audience along on this incredible story with my partners at Warner Bros who have been a leading champion of diverse voices in front and behind the camera.”

Apparently, Pineda found out about it the same way we all did – through the news. So he took to Instagram to express his excitement over it through a post.

if this article is even just half-true …im quite honored..and should be an exciting movie to do ..but you need to reach out to me #MrJonMChu @wbpictures coz im right here waiting ..

“if this article is even just half-true…im quite honored..and should be an exciting movie to do ..but you need to reach out to me #MrJonMChu @wbpictures coz im right here waiting ..”

Arnel Pineda didn’t have an easy life – from becoming homeless to his struggle with drug addiction, he’s been through hell but managed to overcome it all. His life changed with a YouTube video of him singing Journey’s classic hits which was eventually discovered by Neal Schon.

And the rest, as they say, is history.