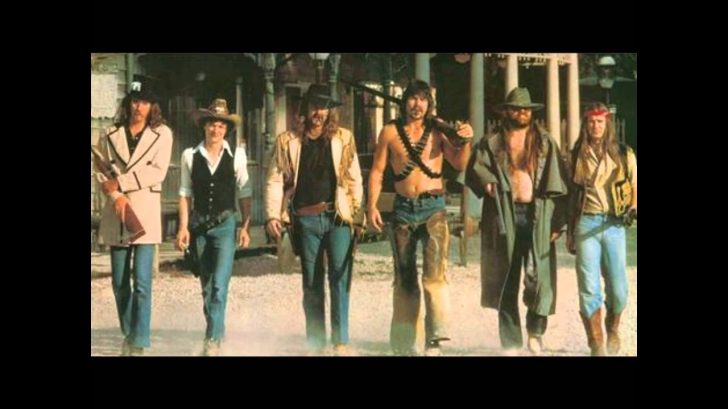 Among the whole range of subgenres that rock can present these days in the USA, without a doubt southern rock continues to position itself as one of my favorites.

With those often so simple and rhythmic guitars mixed with the lilting drum beats and all the soul of blues and country, one can’t help but dive into headbanging when listening to great bands of this genre like ZZ Top, The Allman. Brothers Band or Lynyrd Skynyrd.

We all know that rock is one of the styles that has more ramifications, almost any other rhythm can be influenced and change when a pinch of rock is added to its formula. To name a few we have the world-famous pop-rock, the national samba rock, punk rock, and so on…

But What Is Southern Rock?

The term Southern Rock is used to refer to a type of rock from the southern states of the United States, they are Alabama, Arkansas, Georgia, Kentucky, Louisiana, Mississippi, North Carolina, South Carolina, Tennessee, Virginia, and West Virginia.

Such a style is known for the mixture of other rhythms along with rock, the most present of them are country music and blues. Although the origin of the term southern rock is unknown, much is said that the importance of bands and artists of the genre for the evolution of rock in general, has been highly minimized.

During the 1950s, great artists from the southern United States emerged with their names linked to rock n roll, among them are icons such as Elvis Presley, Little Richards, Buddy Holly, and Jerry Lee Lewis.

But during the following decade, rock was greatly influenced by British bands and groups and its worldwide “center” migrated to major cities such as Los Angeles, New York, and London. To this day, we still have these 3 cities as the great poles of music and entertainment in the Western world. This mix with rock n roll from years ago and other rhythms such as country, blues, boogie, and a southern theme gave rise to what we now call southern rock.

The Macron, Georgia-based Allman Brothers Band made their debut in 1969 and quickly gained a large and loyal following, taking the style to a new level of popularity around the world.

Its blues-rock sound, on the one hand, incorporated elements of jazz and classical music, and, on the other, extracted psychedelic elements from different parts of the country, such as the music of the Appalachian people for example. Gregg Allman once commented that “southern rock” was a redundant term, like “rock rock”.

Nowadays many artists of different styles use southern rock as an influence, which indirectly means that it always gains new admirers, and remains alive in the hearts of rock lovers.