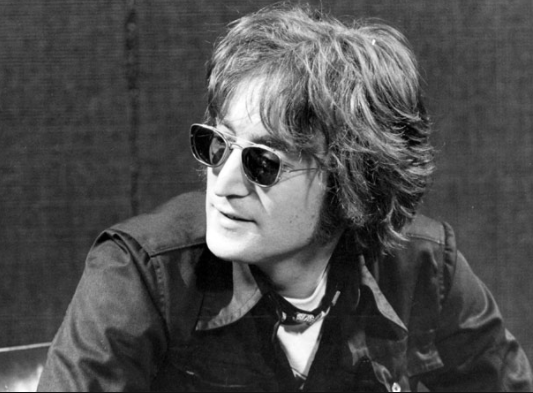 This interview was done just three days before the legendary musician’s untimely death, and the transcript was never fully published. John Lennon sat down with the editor of Rolling Stone Magazine, Jonathan Cott, on December 5th, 1980 for a whopping nine hours at his New York apartment.

Cott was supposed to use the interview to run an article as the cover story of the magazine’s first issue for the year 1981, but instead, Cott ended up writing an obituary for Lennon in the most tragic turn of events, after he was assassinated by deranged fan Mark David Chapman.

It was only on the 30th anniversary of Lennon’s death that Rolling Stone decided to publish the full text of Lennon’s last ever print interview. It was a description of Lennon’s life in preparation for his return to the limelight after a five-year hiatus with wife Yoko Ono and raising their son Sean.

Cott himself wrote the 2010 article revealing the full details of their encounter in late 1980.
In a spooky coincidence, it was also Cott who conducted Lennon’s first interview with the famed publication way back in 1968.

They talk about what was supposed to be the album Lennon was to release Double Fantasy, his private domestic life, his deep creative thought process, and their early encounters. Here are some key points from their nine-hour conversation:

COTT: Double Fantasy is the first recording you’ve made in five years, and, to quote from your song The Ballad of John and Yoko, “It’s good to have the both of you back.”

LENNON: But the illusion that I was cut off from society is a joke. I was just the same as any of the rest of you; I was working from nine to five – baking bread and changing some nappies and dealing with the baby. People keep asking, “Why did you go underground, why were you hiding?” But I wasn’t hiding. I went to Singapore, South Africa, Hong Kong, Bermuda. I’ve been everywhere in the bloody universe. And I did fairly average things, I went to the movies.

COTT: But you weren’t writing a lot of songs during those years.

LENNON: I didn’t write a damn thing. . . . You know, it was a big event for us to have a baby – people might forget how hard we tried to have one and how many miscarriages we had and near-death scenes for Yoko . . . and we actually had a stillborn child and a lot of problems with drugs, a lot of personal and public problems brought on by ourselves and with help from our friends. But, whatever. We put ourselves in situations that were stressful, but we managed to have the child that we tried to have for 10 years, and, my God, we weren’t going to blow it. We didn’t move for a year, and I took up yoga with the gray-haired lady on TV [laughs].

COTT: Do you and Yoko have any plans now, not to fight in public, but maybe to tour together?

LENNON: I don’t know, maybe we will. It could be fun. Can you imagine the two of us now with these new songs . . . and if we did some of Yoko’s early stuff, like “Don’t Worry, Kyoko” or “Open Your Box” or “Why” from the Plastic Ono album – it’s just her voice and my guitar and one bass and drums, and I hear all those licks coming out now from some of today’s groups. So we just might do it. But there will be no smoke bombs, no lipstick, no flashing lights. It has to be just comfy. But we could have a laugh. We’re born-again rockers, and we’re starting over.