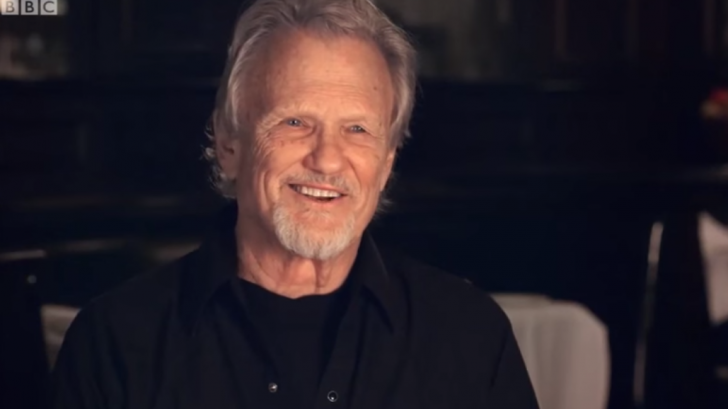 The vast audience who hears Leonard Cohen’s “Hallelujah” assumes it’s about the gospel but this is not the truth. Cohen was Jewish and claims Hallelujah to be a love song– inspired by gospel writing. The word “Hallelujah” in Hebrew means to praise joyously and the song is about rejoicing the different experiences of relationships- painful and joyous.  “One is always trying to write a good song and like everything else, you put in your best effort. But you can’t command the consequences,” he says in this interview with David Whitwell. The first person to cover “Hallelujah” was Bob Dylan, but Jeff Buckley really nailed it with his cover in 1994.

Bob Dylan All Along The Watchtower

“I could never write the kind of words he does.” Jimi Hendrix had said about Bob Dylan’s songwriting. The famously callous Dylan surprisingly loved the cover so much so that he has said, “I liked Jimi Hendrix’s record, and ever since he died I’ve been doing it that way. … Strange how when I sing it I always feel it’s a tribute to him in some kind of way.”  The track was introduced on Bob Dylan’s 1967 release of John Wesley Harding but did not chart as a single. Hendrix on the other hand, charted the single at #20 and “All Along The Watchtower” became his highest charting single in the U.S.

“Hurt” was released in 1995 on NIN’s album The Downward Spiral. In 2002, the song was mastered in 2002 by Johnny Cash. Trent Reznor who wrote the song said,“It felt like someone kissing your girlfriend.” It wasn’t until Reznor saw the music video of “Hurt” that he changed his mind.“I wasn’t prepared for what I saw, and it really then, wasn’t my song anymore,” he comments. Rick Rubin, who produced Cash’s track, defines the differences in the takes perfectly, “Totally different song, and much more hopeless. Usually by the time you’re that age, you’ve found resolution. So to have sort of 20 year old angst in your 60’s and 70’s, it’s brutal.”

Cat Stevens The First Cut Is The Deepest

Cat Stevens wrote “The First Cut is The Deepest” maybe in 1965 but did not officially record it until 1967. He had previously sold the song to vocalist PP Arnold and had decided to basically take back his song. During the recording, lawyers were present in the studio and really twisted the knife on the meaning of the song. Cat Stevens released the song on his 1967 album, New Masters.The most famous covers of “First Cut” were by Rod Stewart and Sheryl Crow. To cover the song the singer must have a deep sense of vulnerability and obtain a real life grit to their voice- you gotta feel it. The covers were successful but definitely came across too lustrous and smooth.

Kris Kristofferson Me And Bobby McGee

Kris Kristofferson wrote “Me and Bobby McGee” as an assignment from Monument Records founder, Fred Foster. Kristofferson misheard Foster when he had said the song’s title would be “Bobby McKee.” Bobby Mckee was a real person, SHE was the secretary to a pal of Foster’s. “For some reason, I thought of La Strada, this Fellini film, and a scene where Anthony Quinn is going around on this motorcycle and Giulietta Masina is the feeble-minded girl with him, playing the trombone,” says Kristofferson. “He was free when he left the girl, but it destroyed him. That’s where the line ‘Freedom’s just another name for nothing left to lose’ came from,” explains the songwriter. Kristofferson didn’t hear Janis Joplin’s cover until shortly after she died. Joplin’s producer, Paul Rothchild, played it for him in his office- to which Kristofferson responded with an outbreak of tears.

Patti Smith Because The Night

In 1977, Jimmy Iovine (founder Interscope Records), had decided to work as a first time producer on Patti Smith’s LP, Easter. Iovine had a recording of Bruce Springsteen’s piano playing along with a chorus he had written for it. Smith decided to write the rest of the song while she waited for her then boyfriend of MC5, Fred Sonic Smith, to telephone her. “Because The Night,” which is now known as a love song with lyrics like “Love is a ring, the telephone,” was based off her love for Fred. Bruce Springsteen covered the song and popularized the track when he performed it in 1978. Now, Smith performs the love song as an ode to her late husband and father of her children, Fred Smith, with her son on guitar and daughter on piano.

The Crickets- I Fought The Law

The original “I Fought The Law,” was written by Sonny Curtis of The Crickets. It is a very pure and straight-forward song about trial, error, and consequence. So is The Clash’s cover, which they released in 1979- except they’re obviously more punk rock.The song became a rebel anthem when they recorded it. The Clash was in San Francisco to record overdubs at the Automatt Studio when they found the owner’s jukeboxes. They put in some coins and played the “I Fought The Law” cover by the Bobby Fuller Four. The band learned how to play the song and the rest is history.