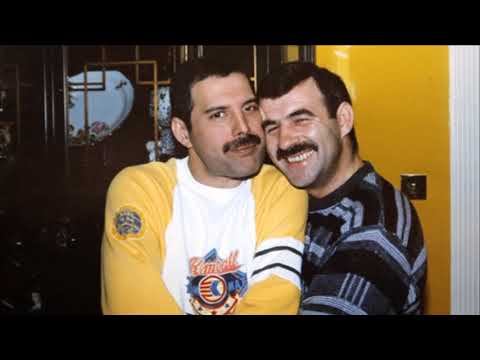 Freddie Mercury spent his last days with his boyfriend, the Irish hairdresser Jim Hutton. He was the one who was with the Queen vocalist in the bedroom of his Garden Lodge house, where he died on November 24, 1991, due to the consequences of AIDS diagnosed in 1987.

That year, when Freddie Mercury discovered his illness, he wanted to end the relationship with Hutton, but he did not even want to hear about it. “I love you, Freddie. I’m not going anywhere,” he replied.

Together they lived in Garden Lodge, the residence located in the area of ​​Kensington (London) that was the scene of the last photos of Mercury. Hutton made them in the spring of 1991, months before his death. Mercury appears in them much thinner, without a mustache and with a flowered Hawaiian shirt that is especially loose. He is accompanied by his cat Oscar, one of the five who lived with the couple.

The inheritance that Mercury left to Hutton

When Mercury died, Hutton had to leave the house. The singer wrote in his will that half of his fortune and the Garden Lodge residence would go to Mary Austin, who was his partner between 1970 and 1976. They separated when Mercury told him he was homosexual, but they always had a great relationship. Queen’s song Love of My Life is written for her.

He left Hutton around 500,000 pounds and land in Ireland, where he came from, and the hairdresser where he built a house in which he settled after Freddie died. Jim was forced to leave the Garden Lodge home almost immediately after losing his partner, leading to a strain in the relationship between Mary Austin and Jim Hutton.

The first months without Mercury were spent in The Mews, a house opposite Garden Lodge that he had to leave on March 1, 1992. He then moved to the home he built in Ireland with the artist’s money and lived there until his death. Jim Hutton passed away on January 1, 2010, from lung cancer. He was 61 years old.

Like Freddy Mercury, Jim Hutton was also diagnosed with HIV. In 1990 the disease was detected but he did not want to tell his partner until the end of 1991, shortly before his death. Unlike Mercury, Hutton was able to receive treatment that allowed him to live with his illness. The four years of difference between one diagnosis and another were decisive.

Today both would have been officially married if they were still alive, but then Freddie Mercury did not even speak publicly about his homosexuality. In fact, if he ever did, it was in the form of a song. Bohemian Rhapsody was his way of telling his family that he was gay. This is how Lesley-Ann Jones, author of the biography of Freddie Mercury, picks it up, and this is how Jim Hutton himself defended it, although Mercury never confirmed it.