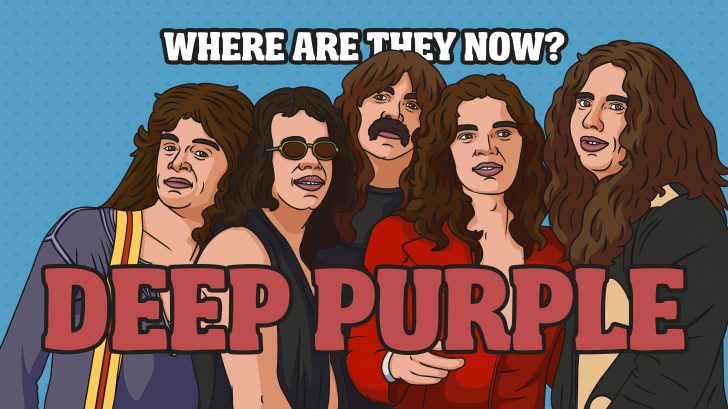 The Best Band And Highly Underrated Despite Being One Of The Best Hard Rock Bands Of All Time.

Deep Purple never tried to sell an image of themselves over the years, other than being skilled musicians they were all about their music. Different records from their catalogs don’t sound alike.

Most of their several albums for 40plus years had a strong run. They are great at what they do, and they can still make good records. They are well-respected mostly in Europe.

And if you are a musician or a hard rocking fan, then you know that they are a group of innovators and originators, and most musicians respect them and their craft.

So Where Are The Former Members Now?

Ritchie Blackmore, the founding member of Deep Purple in 1968. He left the lineup in 1993 and was replaced by Joe Satriani for a short period of time. Today, he has his own group called the “Ritchie Blackmore’s Rainbow & Blackmore’s Night” and still kicking it on the road.

David Coverdale joined the group in 1973 and left in 1976 to form the band called Whitesnake. He had similar success with Whitesnake, and they are still on the road today.

Joe Lynn Turner joined the group in 1989 and left in 1992. He then played for different groups and worked with Hughes on a project called “Hughes Turner Project.” Today, Turner is still on the road and has a lot of tour dates this year.

Rod Evans was a member of the original line-up of Deep Purple back in 1968, but he left a year later in 1969. He managed to work on three albums with Deep Purple, and when he left, he joined a band called Captain Beyond and managed to record two albums with them.

Nick Simper was also a founding member of Deep Purple included in the 1968 original line-up. Without him Deep Purple as we know it would have been impossible to exist. Today, he’s no longer active in the music scene, but he had a show with the group Nasty Habits last June 23, 2018, at Reigen Hadikgasse Wien, Austria.