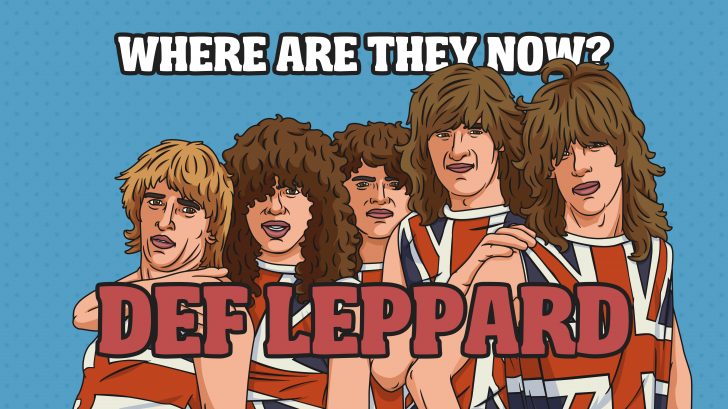 We are one of those people who are a longtime fan or maybe simply fond and occasionally enjoying Def Leppard’s hits on the radio ever since they became a rock n’ roll thing in the 80s. But have you ever wonder where are they now?

Def Leppard are currently kicking off their latest joint North American Tour co-headlining with Journey. Both bands have shared a stage in 2006 when Def Leppard were supporting their album Yeah! and Journey were briefly fronted by Jeff Scott Soto.

Def Leppard is one of the world’s best-selling rock bands, they have sold over 100 million records worldwide, and two of their best-selling albums “Pyromania” and “Hysteria” have earned RIAA diamond certification.

One of the first original member of Def Leppard Stephen Maynard Clark, their principal songwriter, and lead guitarist until 1991 died from alcohol poisoning on January 8, 1991.

While Pete Willis, the person who formed the band together with Rick Savage and Joe Elliott played for Def Leppard until 1982. After playing for Def Leppard, he tried his luck with Gogmagog and Roadhouse, but he never achieved the same success with the band he co-founded. He then retired from music and the last time that he heard from him was in 2002 managing a property management company in Sheffield.

Tony Kenning played drums as one of the original line-ups of Def Leppard from 1977 until 1978 after being fired due to not giving his full commitment to the group. He played on Def Leppard’s 1978 demo. And one contribution he offered to the group as being the one that changed the spelling of the band’s name from Deaf Leopard to Def Leppard. After Def Leppard, he played for a band called Cairo and no news regarding about him since then.