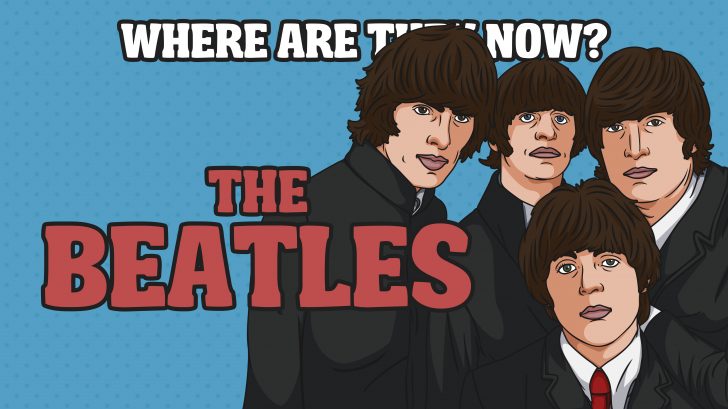 The Beatles Then And Now

It is hard to overestimate the importance and impact of the Beatles, not only to the music industry but culturally speaking as well. They were one of the first rock bands to do what has since been expected of what a band is; the first bands to ever write their own materials; the first one to develop the album format; first major band as well to concentrate on their recording career.

John Lennon was shot and killed by a man called Mark David Chapman on December 8, 1990, in New York City. While George Harrison at the time released a single titled “All Those Years Ago” that talks about his time during his tenure as a Beatle, he recorded it the same month when Lennon was killed by Chapman, with Ringo Starr on drums, and was later joined in by Paul and Linda McCartney contributing as a backing vocals to the track.

In the late 1990’s, George Harrison was diagnosed with lung cancer and died with it on November 29, 2001. His ashes were spread in the Ganges and Yamuna River as a tradition because of his Hindu beliefs.

Which left us two remaining members of the Beatles and a former member still alive:

Pete Best, he was the first Beatles drummer, he still alive and well living his days with the royalties he received for his services with the band in the early days.

Ringo Starr is still rocking it today — he’s still on the road touring with his band called “All Starr Band.”

Paul McCartney is still busy with his career, he still tours, he still rocks, he can still sold-out venues globally.