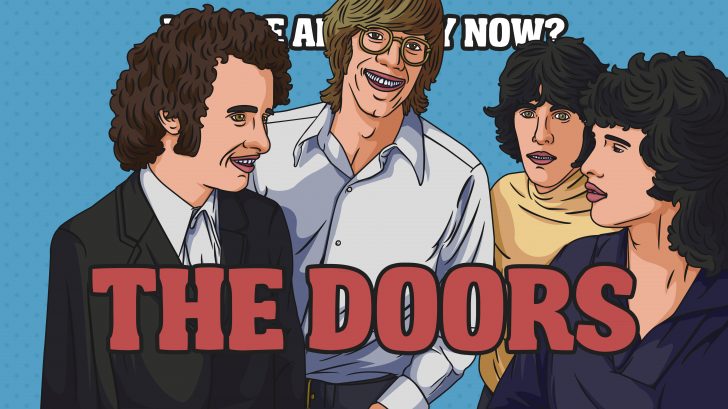 One Of The Few True Rock Stars!

When Jim Morrison died on July 3, 1971, at the age of 27, found in a bathtub at his girlfriend’s apartment in Paris, The Doors released more albums titled ‘Full Circle’ and ‘Other Voices.’ After releasing those two albums, they managed to do some few shows and later on Ray Manzarek and Robby Krieger reunite to form The Doors of the 21st Century and toured. The Doors then without Jim collaborated with different musicians including Tech 9 and Skrillex.

John Densmore refused to join them because he was frustrated that they were using the band’s name “The Doors.” May 20, 2013, Ray Manzarek died due to “Bile Duct Cancer.”

Ray made a couple of successful solo albums which includes The Golden Scarab and The Whole Thing Started With Rock & Roll.

In addition to this, Robby Kreiger joined a couple of bands including The Butts Band with John Densmore, KGO (Krieger Guitar Organization) and the Krieger-Burdon band with Eric Burdon.

Here’s a FUN (opinionated) FACT/S about The Doors and Jim Morrison:

Jim and The Doors were one of the Rock N’ Roll greats, and certainly, one of the few originals to ever came out. No one has ever come close to what Jim Morrison could do in a LIVE performance (and don’t you dare say “Freddie Mercury Vocals and Flamboyance” that’s a very different story). The way Jim Morrison showcased his poetry, coolness, and image were crowd-pleasing.

The Doors without Jim Morrison were nothing but a tribute band. Jim was an undeniably part of the 60s rock scene, and of course, his antics were obviously an important part in music’s history.

The man was a genius, wrote so many good songs, and melodies just within his head (he didn’t even know how to play any instruments).

So technically, The Doors was Jim Morrison, the rest of the three members only had helped him to maintain the balance.