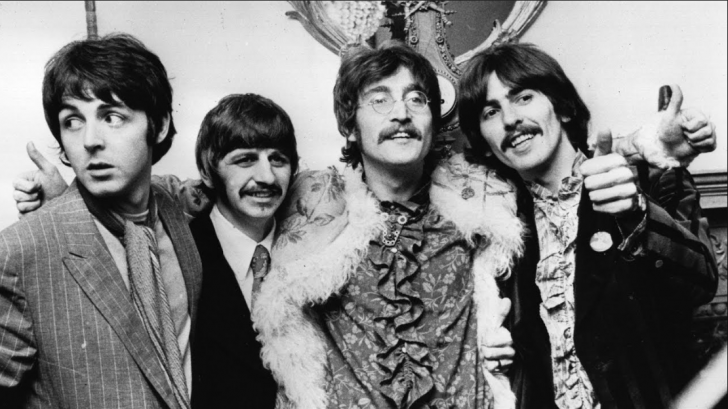 Every classic rocker still ponders what would have happened if the Beatles didn’t break up in 1970. We’ll never know, but at least when they went on their separate ways – they all pursued their own solo careers. Ringo Starr had some big hits, Paul McCartney went on to score the charts – John Lennon proved that he can do it on his own, while George Harrison showcased that he was a great songwriter. But who did it best? Who Made The Best Solo Songs Among The Fab Four? Here’s the ranking:

After the Beatles broke up, the other three found something that they could agree on, and it’s Ringo; they all surely loved him and had helped him during his solo career. In 1973, when Ringo released his LP, Ringo; each of them played on the album, however, separately. But the highlight is “Photograph” which he co-wrote with George Harrison. It’s a nostalgic song and Ringo seems to always sing the song every concert with his band; All Starr Band.

He also dedicated the song to his pal George Harrison in 2002 when he sang it at the Concert for George and brought a new meaning to the song. And the lines; “All I’ve got is a photograph and I’ve realized you’re not coming back anymore” brought everybody to tears.

This was George’s huge break, and of course, his blessing – the song was surely a radio hit that helped his LP All Things Must Pass peak at the charts. However, it was also his cursed as the album caused him a plagiarism lawsuit; as My Sweet Lord sounded very similar to the 1963 Chiffons song “He’s So Fine,” and court findings was he “subconsciously” plagiarized the Chiffons’ song.

“He must have known, you know,” John Lennon told Playboy in 1980. “He’s smarter than that. It’s irrelevant, actually. . . only on a monetary level does it matter. He could have changed a couple of bars in that song and nobody could ever have touched him, but he just let it go and paid the price. Maybe he thought God would just sort of let him off.”

The song took a long journey before becoming a big hit single. Paul wrote it with his wife Linda in 1969, and this was before the Beatles broke up. The song first appeared on his 1970 solo debut McCartney, but not as a single. Seven years later, he released a live version on Wings Over America and that’s when it landed on the charts.

Pretty obvious, John Lennon’s iconic song wasn’t even a close contest for who made the best solo songs. A song is considered as one of the greatest songs ever written. Lennon was trying to send people a message; set aside the differences and be together as one, not divided. “It’s not like he thought, ‘Oh, this can be an anthem,’” Yoko Ono has said. “It was just what John believed — that we are all one country, one world, one people. He wanted to get that idea out.”