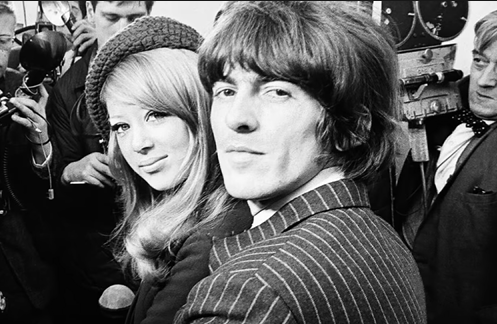 If bets had been opened after the group was dissolved, most would have said that George would settle in a Hindu ashram with little contact with the Western world. Nothing further from reality. Although George had a highly developed spiritual side, his contact with the profane was also daily and voracious.

But there were ups and downs to his solo journey. On the ’74 tour, his wife Patty Boyd was leaving him for Eric Clapton. Despite the deception (which George tried to remedy by sleeping with all the women he came across, including Maureen, Ringo’s wife) the friendship between Eric and George did not suffer. Harrison was not only invited to Clapton’s wedding to Patty, but he and Ringo played for the bride and groom. How ironic, right?

Well, he was dubbed as the quiet Beatle, but he was quite the lady’s man. Ever wonder who were George Harrison’s Girlfriends? You’re about to find out, keep going for the video below: