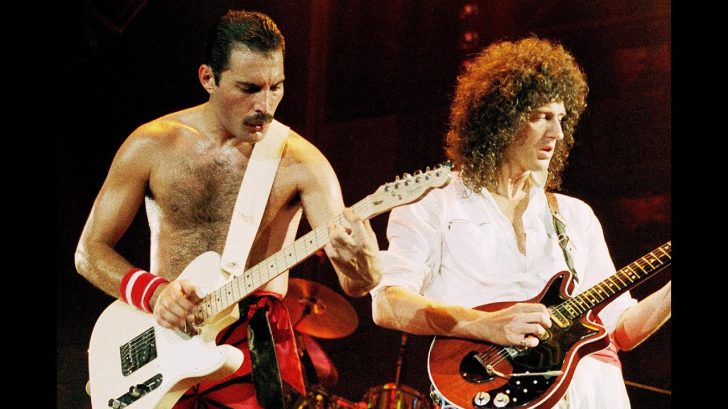 Although all of the band members—lead guitarist Brian May, drummer Roger Taylor, former bassist John Deacon, and late frontman Freddie Mercury—have gone on to become some of the most impactful and recognizable artists in rock history, fans have consistently been curious as to who the real Queen leader was.

The band’s undisputed leader has always been the renowned vocalist Freddie Mercury since he was the one who attracted media exposure and was always in the public eye in addition to being the group’s musical leader. While many have seen the guitarist Brian May as the group’s leader and the member with the power to decide on changes to the musical style and direction,

Because of his four-octave vocal ability, lavish theatrical attitude, and distinctive showmanship, Freddie Mercury is frequently considered as one of the finest vocalists in the history of rock music, as many of you may already be aware. Mercury spent 20 years as Queen’s main vocalist until his away in 1991 at the age of 45 from problems related to AIDS. During this time, he managed to establish himself as a rock music superstar.

While Queen’s style and musical approach have changed over time—they started out as a metal band with their first three albums, “Queen,” “Queen II,” and “Sheer Heart Attack”—their music has also diversified into different genres, as heard in “A Night at the Opera,” which features influences from a variety of styles, including ballads, music hall, Dixieland, hard rock, and progressive rock.

Freddie Mercury has been the band’s primary decision-maker and driving force throughout its exploration of many musical forms and subgenres since his own musical preferences have always influenced Queen’s artistic direction.

The 2018 film “Bohemian Rhapsody” showed how the famous vocalist influenced Queen and his comrades. With over $905 million in worldwide box office receipts, Bohemian Rhapsody is the sixth-highest-grossing movie of 2018 overall. While the movie had certain factual mistakes, Freddie Mercury’s influence over the band’s musical direction was clearly demonstrated.

Brian May is a founding member, co-icon, and main guitarist of the famed rock band Queen. Throughout the band’s five decades of existence, Brian May has contributed to the band’s legendary music, which has been continuously expanding and changing.

While Freddie Mercury is frequently recognized as the group’s frontman by the vast majority of its followers, there are also some who believe Brian May is the primary source of song ideas, the primary composer, and the primary concept creator.