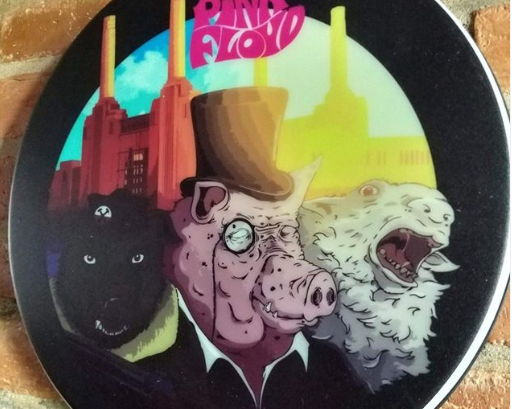 It Never Went Number One Because, Of A Communist

In terms of the history of the band, the album was when Roger Waters take full control of the band. It represented a change of musical directions.

Fans have regarded Animals as Floyd’s best album, and we can definitely see why they were right.

The music is very unique in Floyd’s earlier works – it’s somehow had the combination of Punk Rock, but the critics were on the verge of killing the album.

?Pink Floyd challenge: Describe the meaning of the Animals album in one sentence! ???? Please follow me: [email protected]_

It never went number one because of their sudden changes in musical directions – Animals was absolutely stellar, one of their best, but vastly underrated. It has an overall cohesiveness and thematic arc and is combined with aggressive, snarling, and politically charged that was perfect at the time.

Heavy and unique, the lyrics were grim which uses the metaphor of the stone to symbolize the negative vibes taking place during those times, and it’s as much as relevant for today’s happenings.

“You know that I care what happens to you. And I know that you care for me too. So I don’t feel alone, or the weight of the stone.”

It never went number one because it was gritty, bleak, angry, and this is where Waters’s writing skills show off – fully optimistic.

It never went number one because it was politically right, and the government wants to control the sheep – but the hopes and dreams that the sheep will one day rise are what they are afraid of, Pink Floyd was right on track with the political outburst on this one.

Lastly, it never went number one because it was mediocre at best – David Gilmour only sings the first half of “Dogs,” so it went on for the rest of the time to Waters – we have to hear the dreadful vocals – and songs are just too long.

But Animals, I can think of no better time spent in a dim room with a vinyl copy.