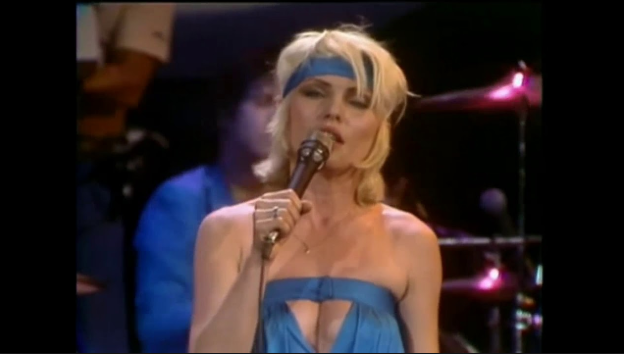 Debbie Harry In The House!

The Midnight Special was a late-night musical variety show that aired on NBC between 1973-1981. The show featured Blondie lead singer, Debbie Harry for their second Midnight Special appearance.

Debbie Harry stunned everyone with her performance while pulling it off with her outfit (wearing a stunning blue romper) like she doesn’t give a thing about what the audience may think about her.

In the video below, Debbie performed “Heart of Glass,” and it was indeed one of the most amazing performances ever happened on a TV special.

While her band was doing an instrumental break, Debbie briefly talked about nuclear power, saying:

“The use of nuclear power is merely a symptom of our troubled times. It is time for all Americans to take control of their own lives and stop being pushed around and poisoned. The race for nuclear superiority can only end with the destruction of civilization.”

And after that, she did her thing again doing a ridiculously beautiful performance.

Keep going for the video below, the “nuclear power” thingy is at 2:20: