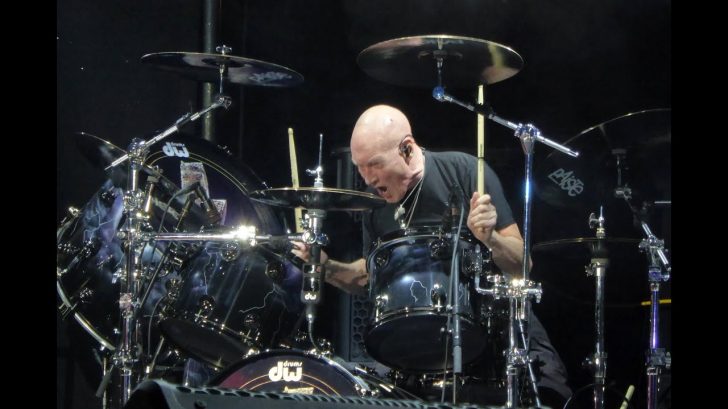 Former drummer of AC/DC Chris Slade share why he almost quit music and didn’t touch a drumstick for three years after leaving AC/DC.

Slade felt everything he did for the band wasn’t not appreciated following a conversation with Malcolm Young over the phone, where they spoke about being let go and Phil Rudd returning as the drummer.

“I got a call from Malcolm saying, ‘We’re going to try Phil out,’” Slade revealed EonMusic during an interview. “‘Apparently he’s straightened himself up, and we’re going to try him out.’ And I went, ‘Well, I’m gone then, Malcolm … ’ And he said, ‘No, no, we want you to stay on; we don’t even know if he can play drums anymore, because it’s been a while.’ And I said, ‘And you’re going to try him out?’ And he said, ‘Yeah, well, we’ve talked to him.’ And I said, ‘Well, I’m gone, and if he can’t play drums, that’s your problem now, Malcolm.’”

Slade resigned instead of accepting Young’s offer to keep him on the payroll. He was asked if he would have been happy with the gesture, he responded:

“No, I wasn’t. After that I didn’t touch a drumstick for three years. It just knocked me back. I thought, ‘You do your best – as I always do, as I always have – and it’s not appreciated,’ and I thought, ‘I’ve had enough of this business.’”

He remembered being “shocked” to be asked to rejoin the band in 2015 after Rudd got arrested.

“It was fantastic, and the [Rock or Bust] tour was great,” he noted. “It always has been a great honor to be in that band.”

When he was asked about the new album which features Phil Rudd again with Stevie and Angus Young and Brian fronting the band again, Slade wished them good luck.

“There’s all sorts of rumors … there’s so many variables there,” he observed. “And I’ve learned with AC/DC also not to believe the rumors, because even fans fake things. Things just get faked.”