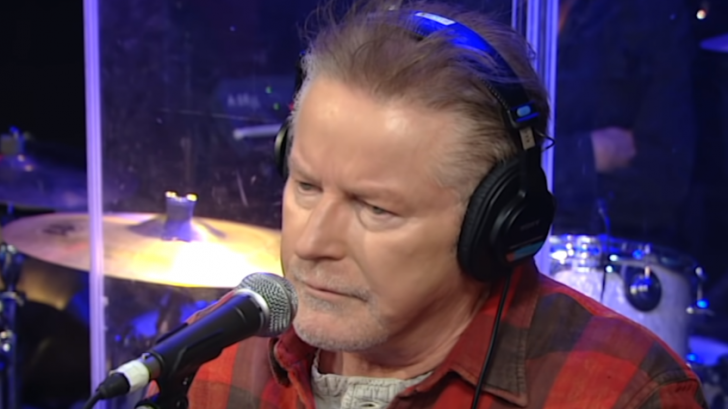 There are several factors why a musician would not want to perform that one song they wrote, including persistent fan demand or unpleasant memories it brings back. Inspiration is necessary for songwriting. It’s not difficult for artists to revisit that scene if the piece was composed in a state of misery, despair, or loss. In addition, after repeatedly performing a successful song, they may become weary of being requested to do so. For instance, Roger Daltrey of the Who detested performing “Won’t Get Fooled Again” live.

The Eagles contributed numerous rock music classics to the genre and have a large number of top hits in their discography. The band’s distinctive sound was shaped by the lead vocal harmonies of founding members Glenn Frey and Don Henley. They were more than simply bandmates; they were close friends who collaborated to advance the Eagles’ career. Despite the band’s career being filled with nothing but brilliant musical endeavors, it appears that Don Henley declined to sing on a few of them for Glenn Frey-related reasons.

The Eagles’ breakthrough was significantly influenced by Glenn Frey. In addition to singing alongside Don Henley, he also played guitar, keyboard, and piano. Frey sadly died away on January 18, 2016, as a result of pneumonia, colitis, and rheumatoid arthritis complications. Fans of the Eagles, his family, friends, and close friend Don Henley found it difficult to accept his passing. Don refused to carry on as the Eagles until Deacon Frey, Glenn’s son, joined the group to replace his absent father.

Months after Glenn Frey’s death, Henley stated to the Montreal Gazette that the songs he composed with Glenn were the most difficult to perform live. He referred to “Desperado,” the first song he co-wrote with the late musician, and declared that he always played it live as a dedication to him. Don said that it was a necessary step in the recovery process. The performer then acknowledged that, despite co-writing several of Glenn’s songs, he didn’t want to sing any of them.

“It gets emotional at the end when I do ‘Desperado’ because that’s the first song that Glenn and I wrote together,” said Don Henley. “So every night, I dedicate it to him. And the crowd gets emotional, and that’s part of the healing process — for them and me. I think they expect it. I won’t sing any of his songs, though. I don’t think that would be quite right, even if I co-wrote them. I’m just not doing it.”

Because it was the initial song Don Henley co-wrote with his late bandmate and pal Glenn Frey, “Desperado” is the song that means the most to him. Every time he performs the song live, as Don previously stated, he dedicates it to Glenn. The artist, however, declines to perform Glenn’s songs, even the ones they co-wrote, since he feels it wouldn’t be morally appropriate to do so.