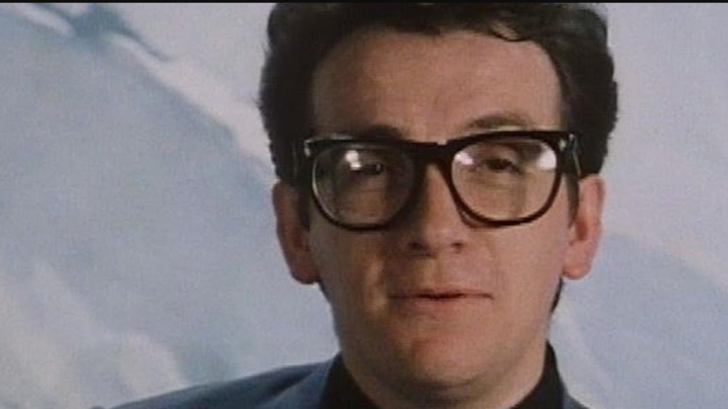 Within the broad sound spectrum that emerged at the end of the 70s in the United Kingdom and after the outbreak of British punk that recovered the simplest and most direct foundations of rock ‘n’ roll from an irascible and vindictive posture.

Elvis Costello stood out in his extensive trajectory as a meritorious and prolific song writer, whose compositions were both attached to the punk courage or the pop freshness of the new wave, as well as broke, from the perspective of an angry and caustic social commentator, in heterogeneous sounds such as country, jazz, blues, reggae, soul, Tin Pan Alley, Brill Building pop or folk.

But did you know? Elvis Costello drinks dish soap to protect his voice.

Appearing on singer Jessie Ware’s 2022 episode of her podcast Table Manners he gave her a tip he once heard from a vocal expert.

“One drop of dish soap, diluted of course, and he said that stops the cords from sticking,” Costello said. “You spray it into your mouth but you can’t taste it because it’s so diluted.”

Amidst the pandemic, he also managed to be productive during the lockdowns in the UK, revealing to Sunday Times that he’s been able to take care of his voice having a lot of time at home.

“During the morning I like to work on new songs. I managed to keep my voice in trim over the past year by performing in the garden. That must have freaked out the neighbors,” he said. “I don’t have a studio at home, just a computer. It’s very easy to bang on about the old days being better, but I can compose on a laptop just as easily.”

Regarding his approach to music over four decades of his career, he continue to have a clear vision of what he likes. ”I don’t like much rock music. I like rock & roll. I think if you lose the roll part, a lot of the fun goes out of it,” he said.