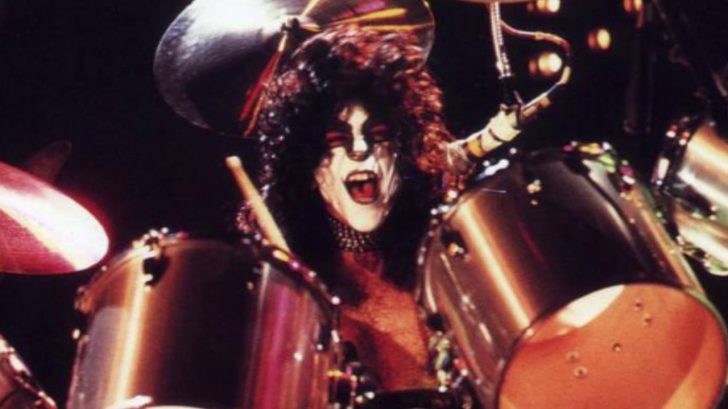 KISS’ initial line-up was Gene Simmons on bass, Paul Stanley on rhythm, Ace Frehley on lead, and Peter Criss on drums; however, after Criss and Frehley quit the group in 1980 and 1982, respectively, the band had to continue with new members. Criss was the first KISS musician to leave the band’s original line-up. The band then conducted a name audit to select a replacement for the drummer.

After multiple tryouts, including one by Bon Jovi’s Tico Torres, the band shockingly chose a little-known musician named Paul Charles Caravello, who would eventually go by the stage name Eric Carr, as Peter Criss’ successor in 1980. Although it appeared to be a significant opportunity for professional advancement, the drummer would not encounter the welcoming atmosphere he anticipated.

Given the organizational structure of KISS, it is clear that Gene Simmons and Paul Stanley—the only constant members of the original lineup—are the two decision-makers inside the group. The two’s domination over the other members is thus not altogether unexpected. In his book “The 5th Kiss,” the well-known musician and producer Sean Delaney, who collaborated with KISS for more than ten years, also discussed this issue.

Delaney dedicated a section of the book to the late band member Eric Carr, the drummer, and discussed their interactions. Carr was described by the musician as being fairly amenable and agreeable, therefore he never fully grasped why Gene Simmons and Paul Stanley regarded him as a “second class citizen.”

They would utilize KISS’ finances while denying other band members access to it, leading to inequity within the group. Delaney recalls assisting Eric Carr with transportation to multiple performances since he lacked the necessary funds. Delaney’s remarks and recollections revealed that Stanley and Simmons did not think Eric Carr merited to be recognized as a first-class KISS member. Rather, they decided to keep all of the band’s resources to themselves.

Sean Delaney’s comments on how Eric Carr was handled are as follows:

“Back to Eric. Eric Carr was a swell guy. Always happy to do whatever Gene and Paul asked. But, he was always treated as a second-class citizen. How a band could survive together with that type of harmony, i.e. or lack thereof it is beyond me. When Gene and Paul ate in the finest restaurants on the band’s budget, Eric was out getting a sub sandwich with his own pocket cash. When Gene and Paul rode around in Limos they never invited anyone else.

Peter and Ace had to provide much of their own transportation, and as far as Eric was concerned, it was up to him to make the shows. Many times I drove Eric to the gigs in my station wagon because he didn’t have enough cash to hire a taxi. How Gene expected anyone to show up on time for every event under these circumstances is beyond me.”

Sean Delaney asserted that it wasn’t only about Eric Carr. He said that the founding members of the band, Ace Frehley and Peter Criss, were treated similarly to Carr. He said that KISS was entirely under the direction of Gene Simmons and Paul Stanley.