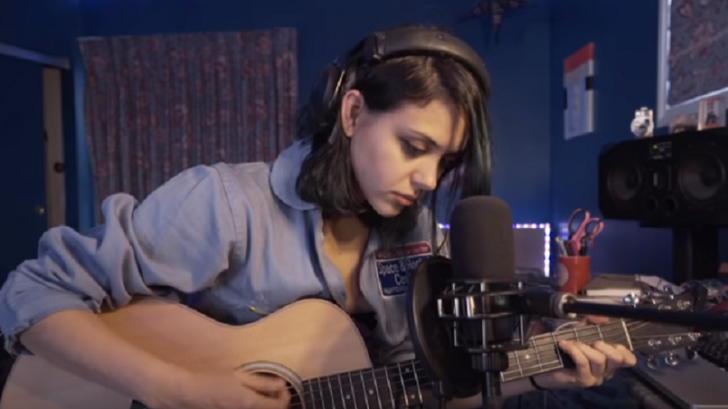 Experimenting isn’t new to rock ‘n roll or music in general. Sometimes, it worked and other times, it didn’t. But David Bowie took his musical evolution to a whole new level. He experimented not just with his genre and style but even his entire persona. He took on several alter egos – one of which was that of Major Tom, a fictional astronaut which was referenced in numerous Bowie songs like “Ashes to Ashes”, “Blackstar”, and of course “Space Oddity.”

No one hears “Space Oddity” and doesn’t think of David Bowie immediately. It was a huge hit and quickly became one of his signature tracks. And as it turned out, it’s also his first single to crack the top 5 in the UK.

“In England, it was always presumed that it was written about the space landing, because it kind of came to prominence around the same time. But it actually wasn’t. It was written because of going to see the film 2001, which I found amazing.” – David Bowie

YouTuber Alexa Melo did her own take on this classic and we must say, it’s nothing short of magical. She took this song and made it her own. Her voice, her guitar playing – all the hard work she put into making this cover, it’s perfect.

Now we don’t normally gush about David Bowie covers because let’s admit it, not everyone can do justice to his hits. But this girl knocked it out of the park. She even added her own twist to it but without altering the original version so much. We totally appreciate how this pays homage to David Bowie and his massive amount of talent.

This is a pretty intense performance and a quick warning, you can’t watch it just once. You’re gonna want to put it on repeat at least once.