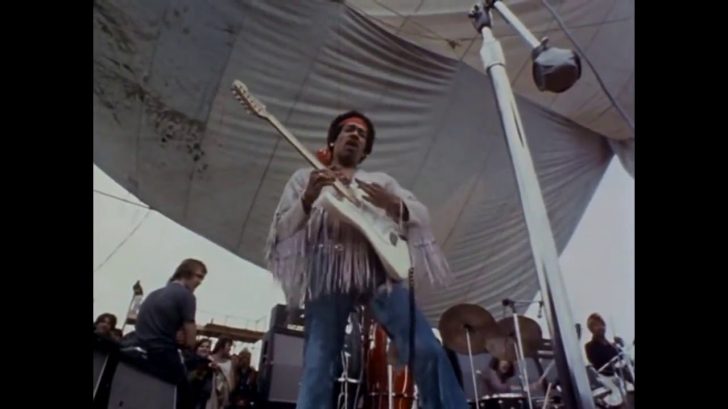 Rock-blues major revolutionary, with a continuing creative influence and the highest-paid guitarist of his day, Jimi Hendrix passed away half a century ago at age 27. Like other personalities in his environment, he prematurely paid for a hectic emotional life, reflected in her musical tear, and drowned in addictions.

He attracted to his shows Lennon-McCartney, Jagger-Brian Jones, Pete Townshend… He opened for Johnny Hallyday on a mini French tour. He dazzled the Monterrey Pop Festival with the iconic image of burning the guitar on stage and was the highest-paid artist at the Woodstock Festival.

Hendrix became an icon of the time on August 18, 1969, at the concert that closed the four-day Woodstock Music and Arts Festival. It was a Monday, in the morning and in front of the remains that still endured after more than 70 hours of partying in a massive musical event classified as historical, when the left-handed guitarist interpreted the US anthem, “The Star-Spangled Banner.” A gesture that prompted multiple readings.

The Woodstock effect does not stop. When it seemed that we had already heard everything about the most legendary music festival of all time, about the summit of horse racing as a cultural phenomenon, about the groups that turned a whole generation upside down, it turns out that there were still juicy things to scratch on it. event held on August 15, 16, 17 and 18, 1969 on a farm in Bethel (New York).

During the Woodstock, Jimi Hendrix was the highest-paid rock musician in the world with $18,000 ($150,000 at current exchange rates).

All of these amounts are enormous deals at today’s exchange rates for winning top pop and rock musicians, but then, the tickets were rather cheap too: A three-day admission for the whole festival was $18 in advance and $24 at the entrance.

You can’t haggle your way in with Hendrix getting him paid lower than the actual price, he’s the only guitarist at the time who can freaking play the Star-Spangled Banner using his teeth.