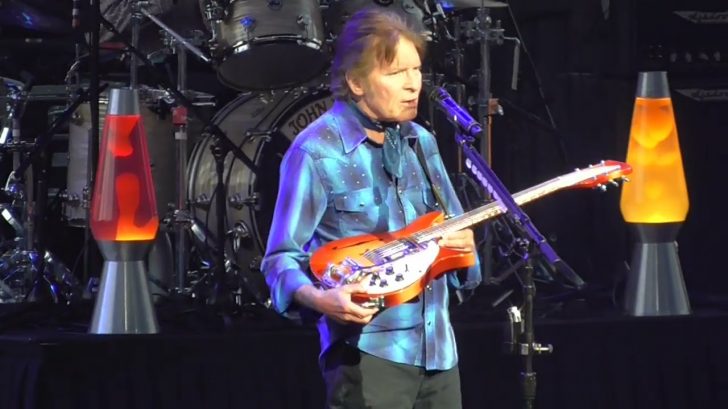 In the early 20th century, Mississippi Delta bluesman Charley Patton had as much influence as anyone else. Patton influenced countless legendary players who came after him, such as Robert Johnson and Howlin’ Wolf, with his distinct gravely voice and vivacious guitar playing. John Fogerty, the vocalist for Creedence Clearwater Revival, was one guy who wasn’t previously on that list.

“There were so many more people I’d never heard of – like Charley Patton (an early Delta bluesman),” Fogerty stated. “I’m ashamed to admit that, but he wasn’t commercially accessible, I guess.”

“I read about him, and about a month or two later, I realised there were recordings of his music,” Fogerty added. “To me, that was like if Moses had left behind a DAT with the Dead Sea Scrolls or something! ‘You mean you can hear him?! Oh my God!’ And then, when I did hear Patton, he sounded like Howlin’ Wolf, who was a big influence on me. When I did ‘Run Through the Jungle,’ I was being Howlin’ Wolf, and Howlin’ Wolf knew Charley Patton!”

Fogerty struggled with the lineage of influence but started to make up for lost time by consuming Patton’s great works. Willie Dixon’s song “Spoonful,” which almost every blues musician has at some point in their careers, was inspired by Patton. However, there weren’t many historical landmarks to look back on when Fogerty emerged in the late 1960s, so Patton’s story wasn’t very well known.

That went beyond the grave as well. Early blues artists were mostly impoverished Black men, and their families frequently lacked the funds to pay for standard burial markers. Skip Henderson, a former dealer in vintage guitars, wanted to make up for the injustice of the legends’ unmarked graves, so he donated money to the Moun Zion Memorial Fund.

“My thing was this,” in 2014, Henderson made a claim to Justin Nobel. “You had these blues guys, my heroes, these national treasures, and a vast agricultural operation comes in and wipes out this heritage and turns it into moneymaking cropland. On top of everything else, that is just morally repugnant.”

Henderson was successful in getting some well-known people to donate to the fund. Contributors include Bonnie Raitt and Eric Clapton, and Columbia Records contributed to the cost of Robert Johnson’s gravestone. Henderson first met Fogerty at the ceremony for Johnson’s grave, where he mentioned that Charley Patton’s grave, which was only a few miles away, was in poor condition.

“Charley Patton was actually buried next to a garbage dump,” Henderson added. “I was so mad I started crying. Here is one of the incredible fathers of the music that I loved, with garbage on his grave.”

After Johnson received a proper marker, Fogerty donated the funds to ensure that Patton received the same care a few months later. You may still locate Patton’s gravesite in Holly Ridge, Mississippi, which honors the blues icon in a fitting manner.