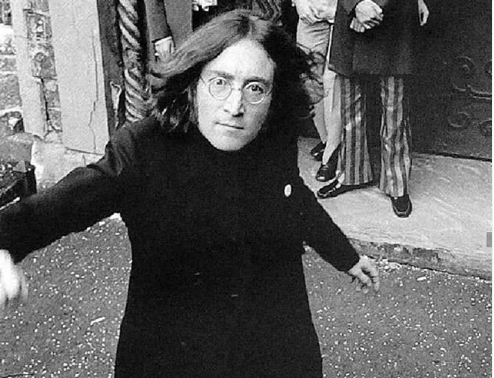 What Makes The Guy From Liverpool So Iconic? – We Find Out!

One of the most amazing aspects of John Lennon is he defies any definitions about him. John Lennon wasn’t the greatest but was the only one who can do what he did. He worked his ass off to gain what he achieved, and by that, he became the default leader of this little known (at the time) rock and roll band called The Beatles.

The Beatles by definition one of the greatest if not the greatest rock band of all time. They managed to sell a vast amount of records, had more than one hits, and were the ones who have helped to shape the entire landscape of music. They made music as a true art form.

But in spite of what they have achieved, John Lennon was still different –he became a legend of his own.

“If we’re talking about protest songs the first man I fell in love with was John Lennon. To me, he’s always the coolest Beatle because he made a stand and arguably paid the big price for it. He was the original protestor and he has stayed with me and his example has stayed with me my whole life and probably always will.”

John Lennon came out during a time when the world really needed some joy and encouragement. He formed the Beatles and died in 1980, and to this day he is ranked the number 2 songwriter of all time of number one hits. That’s quite an achievement if you ask me. In the ’60s he was considered to have the best rock vocal. Before John quit the band, two had already quit, it was then when John decides to quit ended the Beatles.

Some people were born with the ability to comprehend things a lot more easier than others, and John was among them.