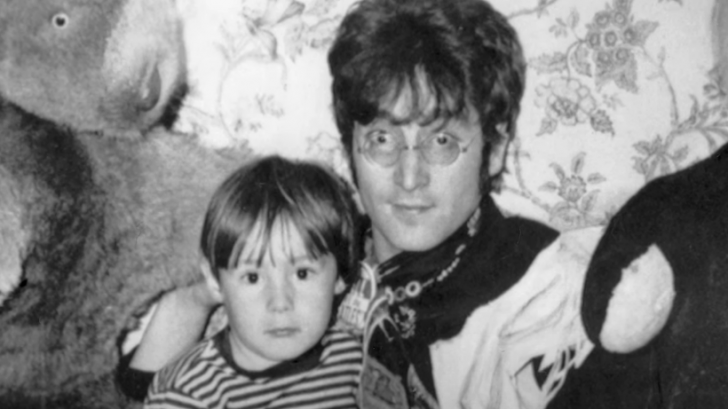 John Lennon, the late Beatles icon, is regarded as one of the greatest artists of all time by many reputable publications and admirers. Lennon developed an indisputable effect on rock music during the course of his extraordinary music career, which lasted over 24 years. He produced 25 No. 1 hits on the Billboard Hot 100 list.

Even though he was a legend to innumerable musicians, his private life was also frequently discussed with interest. The artist had a previous wife with whom he had a son, Julian, despite the fact that many fans thought he and Yoko Ono were the ideal rock marriage.

When Julian was born, John Lennon was touring with the Beatles, and he did not see his newborn child until three days later. Their relationship continued largely in the same manner as it did at first. Julian felt alienated from John Lennon, and he preferred Paul McCartney to his dad.

Even though the father-son bond was already poor, things grew even worse when Julian did not see his father for two years when Lennon and Ono relocated to New York in 1971. Julian began seeing his father on a daily basis starting in 1973, and the two grew close through music.

The notion that John willfully abandoned Julian when he was a child revealed the basis of his relationship with his son, even though the artist acknowledged Julian as his kid and made an effort to rebuild a bond with him. Sean Lennon and John Lennon had a distinct connection, despite some people saying that this was merely his personality.

Julian Lennon spoke candidly about his father in a 1998 conversation with Telegraph, calling him a hypocrite for defending love and peace in front of the world but failing to love his family enough to keep them together.

Julian additionally said that since he wasn’t being truthful with himself, he did not have a right to advocate all of those matters to the public. Apart from his connection with him, Lennon’s son said that he was unable to handle his first marriage.

In the conversation, Julian said:

“I have to say that, from my point of view, I felt he was a hypocrite. Dad could talk about peace and love out loud to the world but he could never show it to the people who supposedly meant the most to him: his wife and son.

How can you talk about peace and love and have a family in bits and pieces – no communication, adultery, divorce? You can’t do it, not if you’re being true and honest with yourself.”

John Lennon said that, before meeting Ono, he was rude to women in his justification. The artist admitted that he has a history of being both physically and mentally abusive to women. When asked why, John stated that he became agressive anytime he found it difficult to express himself. To demonstrate that what he did was despicable, he constantly preached about peace for these reasons.