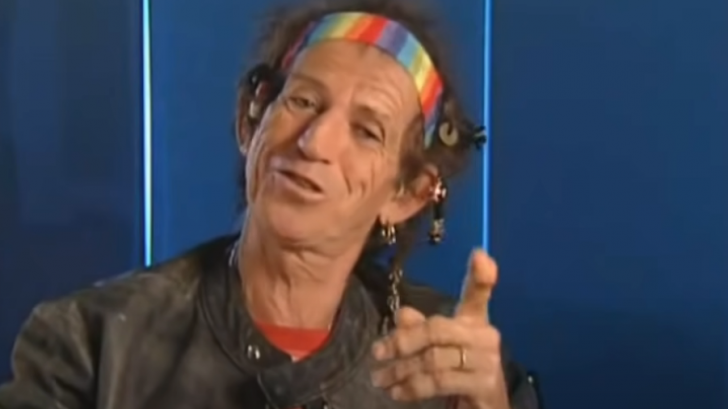 The Rolling Stones were born 60 years ago and throughout these years they have found a way to bring a good atmosphere on stage as they did in 1962. That has not saved the members from rumors that they have personal problems between them, and it is even said that they make “efforts” not to get upset, like using an ashtray that sucks in cigarette smoke so as not to affect Mick Jagger.

However, during a concert in 1981, Keith Richards showed that the British band is his family by defending Jagger with his guitar from a fan who wanted to attack him.

One of the most influential bands in the entire history of rock, it would be difficult to say that they have not lived or experienced anything on stage, however, what happened in that presentation in the early eighties would leave a mark on them and their instruments.

It all happened on December 18, 1981, in Hampton, Virginia, the Rolling Stones closed the concert with “(I Can’t Get No) Satisfaction” when suddenly a guy got on stage. According to the words of Keith Richards, the security had not yet put to work to remove the man, who was heading towards Mick Jagger.

At that point, Richards took off his black Fender Telecaster and took a swing at the man, hitting him on the top of his left shoulder. Once security intervened, Richards returned to using his guitar for its primary purpose, which was playing. “The damn thing stayed in tune, and this is the best Fender (ad) I can give you,” recalled Keith Richards with a laugh.

That occasion not only showed the love between the members of the Rolling Stone, but we also saw that a Fender is a great weapon to defend yourself.

Watch the videos below: