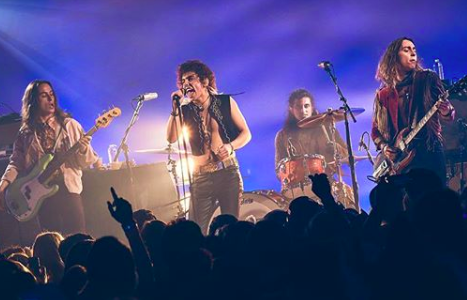 Haters gonna hate. But these young guys are rocking it!

The young rock band just released their debut album and got a pretty harsh 1.6/10 review from Pitchfork. The review, or more like the opinion, unfortunately, has an influence that has the ability to sway others’ opinions of the band as well, even if the reviewer and the potential listener have completely different tastes in music. Opinions shared in media outlets including blogs and social media posts have the power to convince, whether negative or positive. For Greta Van Fleet, the negative opinion of them seems like a resistance to their music and the revolution they are doing to the younger generation, introducing millions of young listeners to the world of rock, thus, perpetuating the relevance of rock and roll in the music industry.

Tremendous thanks to @spotify for the inclusion of ‘Lover, Leaver’ on their New Noise playlist!

While the comparison of Greta van Fleet to Led Zeppelin is fair and valid, the assessment that they are anything but talented musicians is completely inaccurate. Greta van Fleet’s music is certainly not for everyone, because not everyone likes the same things. The criticism they get from people who just simply do not have a taste for their kind of music is pretty unappealing and unobjective. The repeated reason why many would dislike Greta Van Fleet is that because the band does certainly sound a lot like Led Zeppelin. The members of the band are squeaky clean: they’ve never dissed anyone or hurt anyone, and they haven’t been linked to any controversy to date. Greta van Fleet paves the way for rock music to continue to thrive and rock music fans hating on them may just prove that fans are fickle and need to be more reasonable. Millions of younger kids are getting into rock music because of Greta van Fleet. They are young and they still have plenty of time to discover their own style and own voice. We should all just be grateful they have the right musical influences.