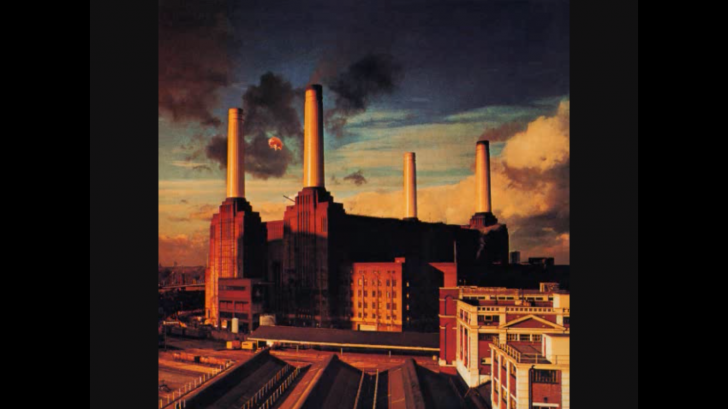 ‘Animals’, released between two colossal albums like ‘Wish You Were Here’ (1975) and ‘The Wall’ (1979), has often been relegated to the background in Pink Floyd’s legacy.

The mid-1970s were turbulent times in Albion: the energy crisis and the import of low-cost Asian goods brought the industrial sector to a critical point, unemployment and inflation spiked out of control, and the unions called large strikes that paralyzed the country, with the consequent discontent and social unrest, without the Labor government being able to deal with the problems adequately (something that led Margaret Thatcher’s Conservative Party to win the elections in 1979).

Waters, Gilmour, Wright, and Mason was not going through their best moment: their contract with EMI (curiously the same label that was going to sign the Sex Pistols very briefly shortly after) had expired, so in 1975 they decided to build her own studio (Britannia Row Studios). One of the ‘sine qua non’ conditions for the band, when it came to recording, was having access to a studio without time constraints, which not only affected the band’s financial situation but also contributed to the more raw sound of ‘Animals’ , due to the cheap equipment with which they equipped the study to save costs.

On the other hand, the stratospheric success of ‘Dark Side of the Moon’ (1973) and ‘Wish You Were Here’ (1975) led the band, especially Roger Waters, to question their own existence: endless tours of large stadiums, the inevitable intervention of the record company executives asking them to make more commercial music to fatten their own bank accounts (a grudge that was already reflected in songs like “Welcome to the Machine” and “Have a Cigar”) and the change of the attitude of the fans had a profound impact on the psyche of the band. Rogers and Gilmour began to contemplate the possibility of even dissolving it: they felt that the group had achieved its goals and had nothing more to offer on an artistic level. They felt imprisoned by their own success and the appetites of an ever-widening public; more disconnected from the essence of the band.