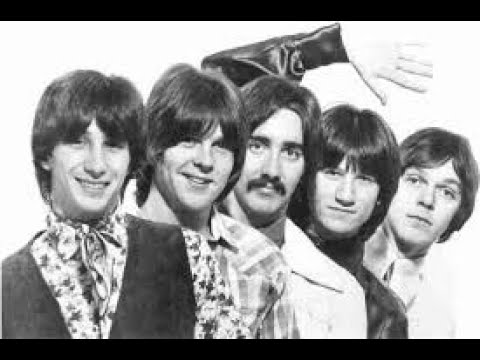 During the recording of Buffalo Springfield’s third and final album, “Last Time Around (1968),” singers Stephen Stills, Neil Young, and Richie Furay recorded songs without the other members present.

In this album, Furay included his song “Kinda Woman”, clearly a Country Rock vocation in which Jim Messina and Rusty Young have already participated.

The song was the gem of what would later become Poco’s musical proposal, which was further away from the complex vocal harmonies that were already in Buffalo Springfield and that Young and Stills would continue to develop at CSNY.

Originally, the new group was called “Pogo,” after the comic strip character Pogo, but was changed when its creator, Walt Kelly, objected and threatened to sue.

Despite being one of the key bands of the genre, the time has not treated it as such and other bands such as the Burrito or the Eagles have become more remembered.

In any case, the issue of labels was always involved.

Furay never understood Poco as a genre band and simply wanted to be thought of as a Rock band.

Nor did the anxiety of seeing the other Ex from Buffalo Springfield do better with their new endeavors to their advantage, and they fell into the trap of deliberately wanting to pursue success.

The sum of everything ended little by little with the stability of the original formation.

Below you will find a selection of the best albums of this great group that was one of the pioneers and greatest exponents of what has come to be labeled as Country Rock.

The title of their first album is a reference to the breakup of Buffalo Springfield and has gone down in history as a seminal Country Rock album.

At the end of the 60s, with Folk Rock giving the last blows, the movement of the scene pointed to the appearance of this new “genre” that was still in its infancy and undefined.

In the fourth studio album the band wanted to go back to their origins:

Guitars were more and high, with less vocal harmonies and more rawness where there was delicacy and sensitivity most of the time.

It’s as if Furay had gotten nostalgic and wanted to record the record that he could never make with Buffalo Springfield.